It is Christmas time again, which means that apart from presents, people have some more free time, some of which they will spend playing games. Chances are at least a few games will come from Google Play so we have prepared a few more reviews for you to ease your choices.

This time we will be talking about an Android game which we have not covered before – Looney Tunes Dash! As the name of the game suggests, this one closely follows the Looney Tunes animated series of short films and more precisely it takes you to the world of Bugs Bunny and his arch-enemy Elmer Fudd. In addition you can easily guess that Looney Tunes Dash! is a runner game. Is there anything else to say about this game?

Yes – Looney Tunes Dash! is one of the better runner games we have seen so far. The game features nice and colorful 3D graphics and really nice gameplay. The main plot behind the game involves both Elmer Fudd and Bugs Bunny – Bugs wants to go home while Elmer is running behind him trying to get him with his rifle. Well, you are the one who has to take Bugs Bunny to his home. So expect to jump, slide, avoid obstacles and other enemies and collect golden coins while on the way to Bugs’ burrow. Mistakes are harshly punished – you have three lives with you and every time you hit an obstacle you lose a single life. Make three mistakes and you will have to start anew. Simple, isn’t it?

There aren’t any downsides to the game, really, or at least we can’t think of any. The game does not require much power (although we experienced a few moments where the frame rate fell below playable levels), Looney Tunes Dash! is not a huge app that requires space or a stable connection to the Internet and it is not that hard to play – just slide your finger left and right to make Bugs move in the desired direction, or slide it up and down to make him slide and jump. That’s it. The only thing we did not figure out was why Bugs Bunny was greenish and so was Elmer Fudd but it might be our device to blame and not the game. All in all Looney Tunes Dash! is a perfect game for your free time around the end of the year – given that you like the runner genre. 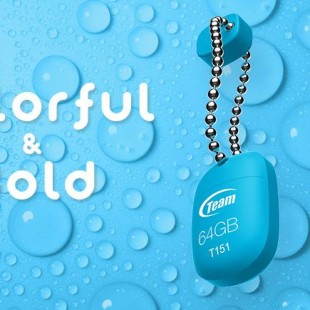 The maker of computer memory and various storage devices Team Group has announced the new T151 line of USB flash drives. The devices in the line measure 25.3 x 16.9 x 10.5 mm and weigh just 5.5 grams. The T151 USB flash drives are housed in rubber cases, which make them well-protected against...

HTC has announced its newest smartphone – the Rezound. The novelty is designed for Verison's 4G LTE network and runs on Android's 2.3 Gingerbread platform. According to HTC however, the Rezound is ready for "Ice Cream Sandwich" and the upgrade to the newer platform should happen sometime in... 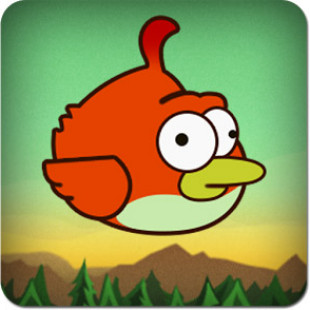 Deja vu? Have you had one of these in your lifetime? If you have then you know what we will be talking about. If you dig a little deeper in Google Play you will discover an application called Clumsy Bird. Run it and you will see a copy of Flappy Bird (or vice versa if you have run Clumsy Bird...