We never thought we would see this but Mortal Kombat X has made it to Google Play – an online store, which is known for offering peaceful games where users match candy, help lost animals or kill a zombie here and there. Well, Mortal Kombat X is here, more vicious than ever.

The Android version of this popular game does not betray the nature of Mortal Kombat so expect intense battles, filled with blood and other (unpleasant) effects. This is the reason why the game comes with a PEGI 18 rating, which is the most restrictive PEGI rating we have seen in more than 2 years of reviewing Android games. The game clearly warns parents that it contains blood and gore and that it is not suitable for small children and even younger teens. Parents should not be too worried, though, since Mortal Kombat X has really high hardware requirements due to the great graphics it comes with, which will automatically rule out a large number of Android devices. The game requires at least a dual core processor, 1 GB of RAM and 1.7 GB of free space so it won’t run on your old tablet or smartphone of a few years ago. In addition the download of 1.7 GB requires free space and a really stable Internet connection in order to finish successfully. This also easily makes Mortal Kombat X the most demanding game we have ever played!

Once you run the game you will be treated with the best visuals we have seen on an Android device. The graphics are in 3D only and as if this is not enough, they are also very colorful and nice. The sound inside the game is also outstanding. The gameplay is different, though, so do not expect to see the same action as on a PC or a PlayStation 4 gaming console. Here you will form a team of three fighters with which you will battle your opponents in rounds. The game keeps, however, the same fatalities and X-rays as on other gaming platforms and in addition to this you can play against other people from around the world. There are various awards too given you win your matches against other tough opponents.

These differences are definitely a drawback, compared to what PCs and PS4 gaming consoles can offer, but Mortal Kombat X for Android is, first, the best and most beautiful game we have ever played on this platform, and second – this is the best Mortal Kombat version you can enjoy on Android so we think the deal is worth it. Yes, the game is not for everyone (or every Android device for that matter) but given you are into action, battles and blood and you have the required hardware, this is the best Android game you can put your hands on. Do we have to tell you that Mortal Kombat X also comes for FREE?

Mortal Kombat X is here on Google Play and good luck in the battles ahead!

The Taiwanese tech giant Gigabyte has been known for years for making motherboards and graphics cards but every once in a while the company releases other products including gaming gear. Gigabyte’s latest attempt in offering gaming peripherals comes in the form of the Force... 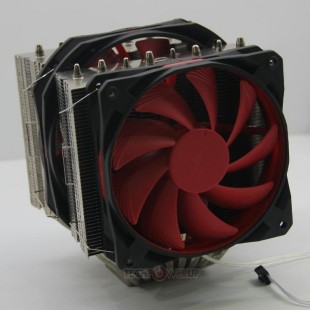 The Chinese CPU cooler maker Deepcool has presented a new high-end universal CPU cooler that has been designed for gamers and hardware enthusiasts. Not surprisingly then the cooler carries the GamerStorm Assassin V2 brand name. The CPU cooler is made of two aluminum fin stacks with 65 fins...

Responding to a lawsuit brought against the company by Nokia, Apple® today filed a countersuit claiming that Nokia is infringing 13 Apple patents. “Other companies must compete with us by inventing their own technologies, not just by stealing ours,” said Bruce Sewell, Apple’s General Counsel...