No Questions Needed for The Q5 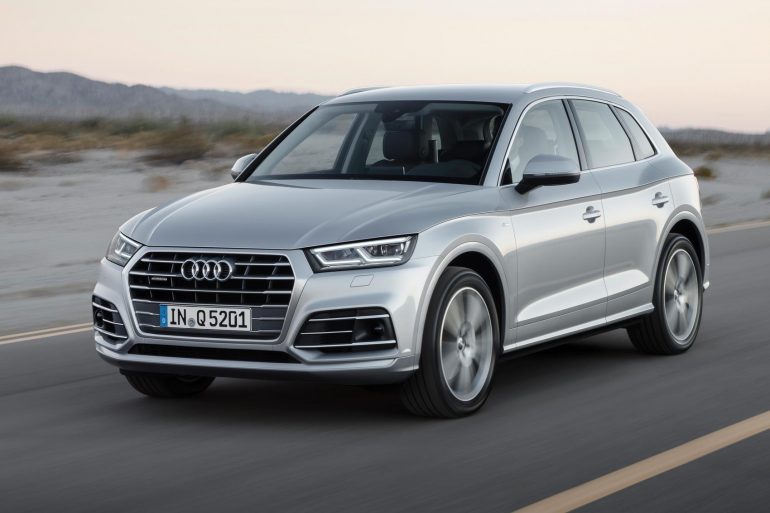 The 2017 Audi Q5 is a terrific compact luxury SUV that will keep you happy behind the wheel and save you money at the gas pump. The Q5 is one of the most popular of all compact luxury SUVs in the country and its classic lines, comfortable interior and abundant features lets you know that you’re driving the SUV that all others should be judged.

Any time you drive an Audi, no matter what model or trim level it is, you know that you are into something very special. The Audi Q5 is such a piece of work, however, that one almost feels guilty opening the driver’s door and sitting down in the eight-way power front seats, with four-way power lumbar and optional heating. That’s just the start of the whole guilt thing. After that you have to deal with the fact that this great car manufacturer thought of you when it added all the other features to the Q5. Some of them include: tilt and telescoping steering wheel, xenon headlights, LED running lights and taillights, leather upholstery, sliding and reclining 40/20/40 split-folding rear seat, tri-zone climate control. Multi Media Interface (MMI) that has dash controls and a superior sound system with ten speakers.

The gracious and generous engineers at Audi also decided to add Audi’s digital music interface, satellite radio and an auxiliary jack, along with a power lift gate, aluminum roof rails, a panoramic sunroof, keyless push button start, rearview camera, navigation system, a Bang & Olufsen sound system with 14 very impressive speakers. Depending on which trim level you get 18 or 19-inch wheels and there are four engines to choose from, including a powerful V6 and a Hybrid package, which will stealthily get you to the market and back before anyone knows you’re gone.

PlayStation Home Will Be Available This Year