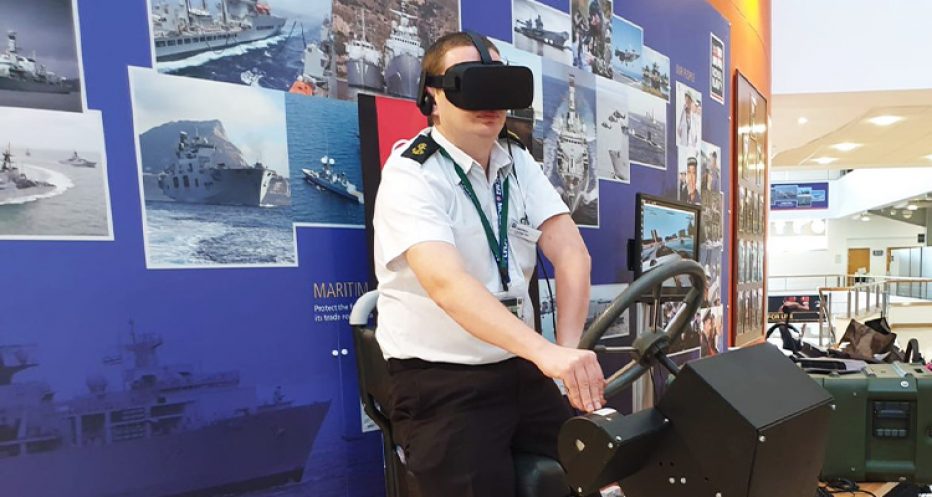 The Royal Navy’s Pac 24 RHIBs are used for search and rescue, transferring stores and people, research and reconnaissance. Several shore establishments operate RHIBs and use them to train and maintain the skill set of sailors who have been selected for the demanding duty of coxswain at sea.

Not all sailors in the Royal Navy are full-time. The Royal Naval Reserves (RNR) is made up of around 3000 men and women, who give up their free time or take sabbaticals from work to train alongside the full-time sailors, learn new skills and deploy in support of operations around the world.

However in the past, in the critical area of RHIB (Rigid Hulled Inflatable Boat) handling, the RNR was constrained by the great British weather and the availability of resources when it came to this type of practical training. These variables would at times frustrate the training pipeline and consequently delay the qualifying of crucial members of a ship’s company and in the worse-case scenario, the ship’s commanding officer’s ability to operate their seaboat as effectively as they would like.

With more Reservists serving at sea in Offshore Patrol Vessels, for example, where RHIB driving is a required skill, this fragility in availability was unacceptable. A training solution offering a high degree of fidelity and accuracy was sought by the RN to resolve the issue.

A strong relationship has been forged over the years between the RN Future Training unit (FTU), and the Computer Games Enterprise team at the University of Portsmouth. This relationship has enabled the FTU to experiment with disruptive technologies and innovative ideas whilst keeping risks and costs to a minimum.

Each year the FTU work with the university on several projects, one of which was to investigate how current technologies, including virtual reality (VR) and motion, could be utilised in virtualising RHIB coxswain training. This project, led by Chief Petty Officer Neil Sutton, helped provide the initial prototype, based on a proof of concept 2-DoF simulator chair, which was provided by Hampshire based specialist IT supplier, Novatech.

Although Royal Navy Command Headquarters is only 2 miles away from the Novatech head office, the relationship between the two organisations began at I/ITSEC back in 2017, over 3,500 miles away in Orlando. Twenty-four months later Novatech has been awarded the contract to deploy 15 x 3 degrees of freedom (DoF) and 5 x 2-DoF RHIB simulators, to all RNR establishments across the UK and Northern Ireland.

Working with commercially available gaming peripherals and an Oculus Rift HMD, the University of Portsmouth team was able to produce a virtual 3D model and extract telemetry data to create a prototype of the RHIB sim based around the Pacific 24 within Bohemia’s Virtual Battlespace (VBS3) – selected in 2016 as the MoD’s preferred Defence Virtual Simulation (DVS) training software.

Following a trial conducted by a Royal Navy coxswain, the Novatech motion simulator was deemed a realistic and efficient training alternative. The coxswain’s experience and significant professional input from the RN led to changing the simulator from just simulating pitch + roll to the introduction of heave. With this addition, the team was able to correctly emulate the effect of the ocean’s waves on a RHIB. 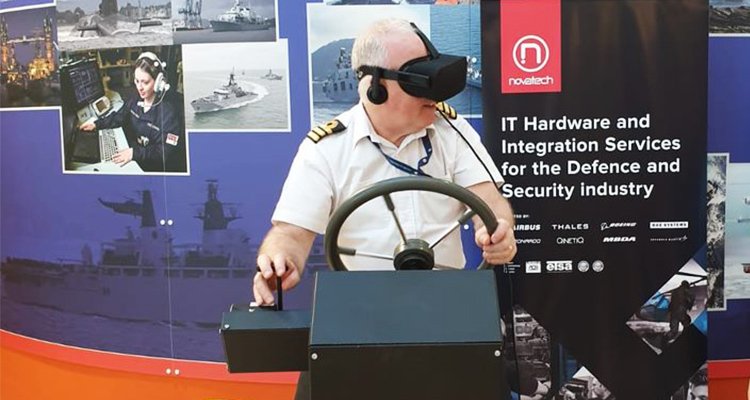 The outcome of this project has helped produce a cost-effective, first-of-its-kind portable 3-DoF RHIB platform, complete with a replica control console (minus the instrument panel). The compact footprint of the simulator allows RNR members to train within realistic and challenging environmental conditions within a safe classroom environment.

“Novatech has supplied lots of specifically engineered COTs IT hardware into the MOD over the last ten years, albeit indirectly through the major Defence primes, such as Thales, BAE Systems and Airbus Defence & Space, to name a few. The confidence that the primes have shown in Novatech’s capabilities made them a clear choice as a collaborative SME partner for the Royal Navy.” Cdr I C Pethick RNR – Commander Maritime Reserves SO1 RNR TRAINING

The recent release of the iOS 6 Beta 4 has confirmed some of the specs of the upcoming iPhone 5 smartphone – namely the larger 4-inch display and the rumored 9-pin connector. The confirmation can be seen in the source code of the Beta 4, which explicitly mentions a 9-pin connector. This... 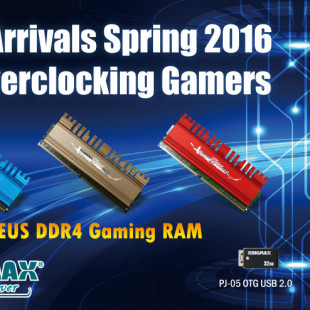 The Taiwanese memory maker Kingmax has announced its new Zeus DDR4 memory, which was first leaked at the end of January this year. The new memory line is designed for gamers and overclockers and includes memory modules with capacities of 4 GB, 8 GB and 16 GB as well as dual-channeled kits of 8...