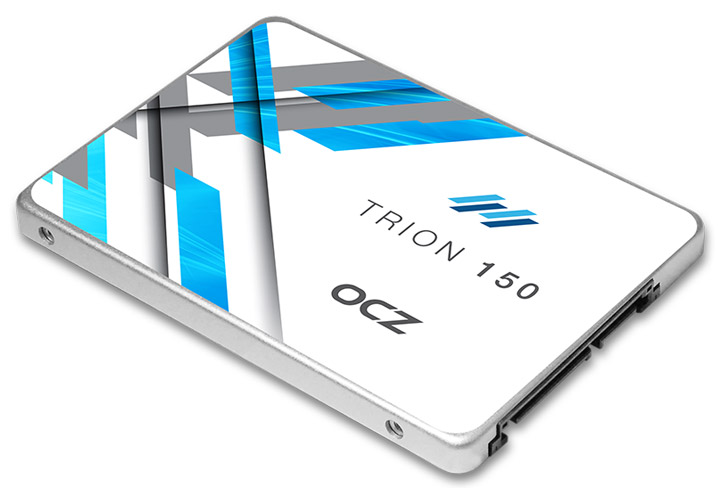 OCZ Storage Solutions, which is now fully owned by Toshiba, has announced the arrival of the new Trion 150 line of solid-state drives. The new SSD line uses 15 nm Toshiba NAND flash memory and comes to retire the older Trion 100 line, which was based on 19 nm NAND flash memory.

“Our Trion 100 series solid state drives quickly became a top seller for us and are popular among end users seeking a performance boost over hard drives at a very reasonable price,” said Steve Fingerhut, Sr. Vice President and GM of SSD BU, at Toshiba America Electronics Corporation. “We are continually looking for ways to improve both SSD real world performance and value to end users and are pleased to introduce the new Trion 150 series which leverages the latest Toshiba 15nm Triple-Level Cell NAND flash to deliver an even better storage solution for value oriented mobile and desktop users.”

All OCZ Trion 150 SSDs support TRIM and offer Garbage Collection technology as well as a 3-year warranty. The drives as you can see from the tech specs picture are more or less budget-oriented and are not designed for extreme usage patterns. Even then they are more than good for everyday use and the prices they come with will hardly turn people away – the 120 GB model sells for just USD 50, while the 240 GB, 480 GB and 960 GB models cost USD 70, USD 140 and USD 270, respectively.

The new OCZ Trion 150 drives are now on the market.