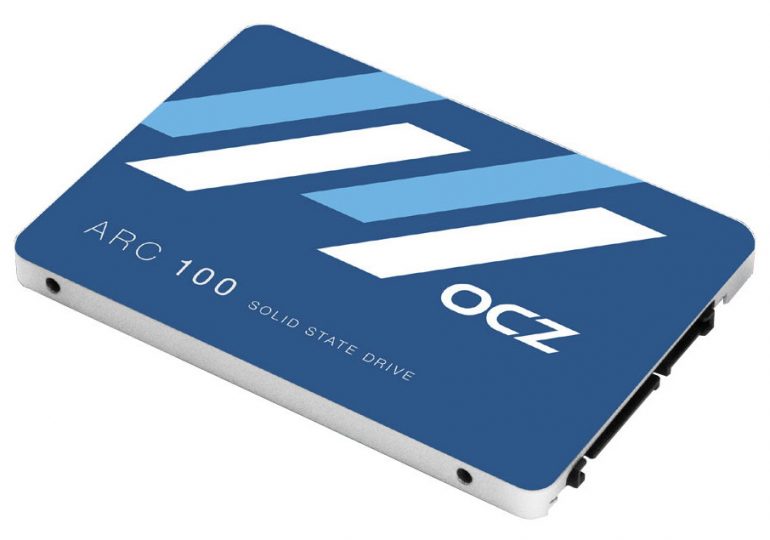 OCZ Technology Group, now owned by Toshiba, has released a new family of high-performance solid-state drives. The new line is called ARC 100 and consists of three models with capacities of 120 GB, 240 GB and 480 GB. All drives are just 7 mm thick and include the Barefoot 3 M10 memory controller as well as 19 nm NAND flash memory made by Toshiba.

As expected from a new SSD the ARC 100 line fully supports SATA 3.0 and offers 490 MB/sec of read speed and 430 MB/sec of write speed as well as IOPS 80 000 when reading and writing random 4K blocks. OCZ says the new drives can work for three years given users write 20 GB of data every day. In addition performance is not reduced when working with compressed data.