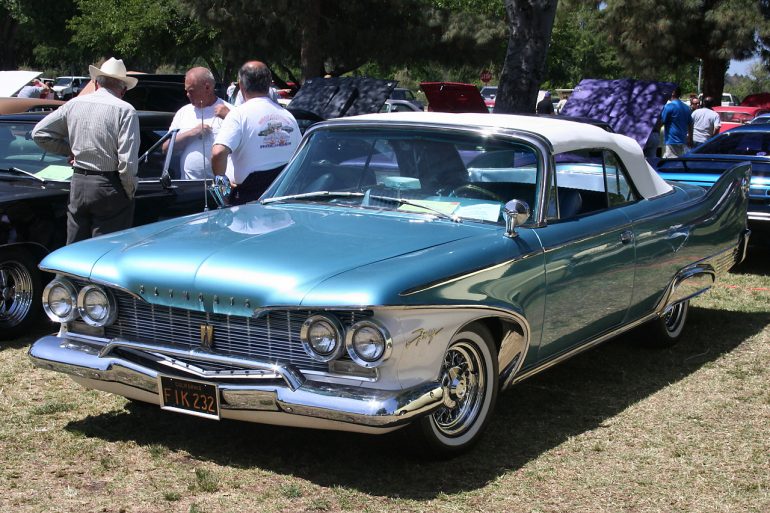 Plymouth has long been known for making some of the most unusual cars to come out of Chrysler Corporation. After all, this is the division that brought us the Superbird back in the 1960s. In the 1990s, they did it again with the Plymouth Prowler. The Prowler was basically a modern take on the classic hotrods of the 1940s and 1950s. It was really different and one can’t help but wonder what the story behind the Prowler is. We asked the folks at Stones Automotive of Rexburg, ID, a full-service Mopar dealer to fill us in.

To understand the Prowler story, one must understand where Chrysler Corporation’s Plymouth line stood back in the late 1990s. Frankly, the once proud name was being considered for termination. The argument was that the name didn’t have the cache that it used to have and it was actually considered “redundant” by some executives. To inject a little life back into the brand, executives at Chrysler conjured up the Plymouth Prowler.

It is interesting to note that this sort of thing is something akin to the Dodge Viper story. The Viper was also a limited-use car that was designed to make a statement about the brand and was considered a platform to try out some new manufacturing techniques and materials on. Neither the Prowler nor the Viper were really supposed to make any money for the company. They were really just to garner some attention for the brand.

In the early 1990s at Chrysler’s Pacifica Design Center, the concept of a retro-looking roadster was fleshed out. Started by Pacifica’s Tom Tremont, the idea soon it moved on to Tom Gale who personally owned a ’33 self-built highboy hot rod.  Gale was the perfect person to bring the concept to life, and he went to work on it.

Shown at the 1993 Detroit North American International Auto Show, the Prowler was a massive hit.  It was styled to look like a modern take on a traditional hot rod. It offered an open cockpit, wide back end with 20″ wheels, a narrow front end, and wheels and suspension jutting out from the body.

It finally went into production in 1997. Some potential buyers were upset that it came out with a V6 rather than the V8 many expected.  But the inside and outside details were fabulous. Inside, the seats were aluminum-framed and the dash layout put a single gauge in front of the driver.  The tachometer stuck up from the steering column giving it that “DIY hotrod add-on” look. The paint colors were limited, but boy were they bold. They included metallics such as purple, yellow, black, red, silver, orange, and “Inca Gold”.

Even though there was massive interest in the Prowler, sales were modest. As you might imagine, it wasn’t particularly practical for everyday use. It had an open top, two seats, and a pretty small trunk – the prowler wasn’t much of a family car. Chrysler estimated that 3,000 would sell in the first in its first year but only 457 drove off the dealer lots. The remaining years were a bit better, averaging a tad above 3,000 per year until 2002 when the Prower was discontinued.

Today, the Prowler has been considered a bit of a failure. This is probably because sales numbers were so low and frankly it never really caught on. Automotive journalists generally  gave it high marks for styling and originality but were quite disappointed that it didn’t have a V8 engine under the hood.