No matter how you look at Porta-Pilots, this is one unusual Google Play game for Android devices. The game is a large one at 100+ MB in size but you will soon see that the app will pay off.

This free Android app is nothing like most games that you can find on Google Play. It starts as a movie where you have to guide a character through various missions. The app has a lot of movie sequences inside, which you have to watch to see where the story goes but once they finish you can guide your character around, interact with people or objects and more. Porta-Pilots feels like one of the popular RPG games made for PC and in fact it is one such game, but designed for Android. The story behind the actual game is that of a boy who has an accident and then goes out to clean himself only to find out he’s found a time-travelling machine that takes him back in time. You will have to survive, solve numerous puzzles and ultimately gather enough resources to go back to your “normal” time so here’s a hard task for you.

Porta-Pilots is clearly a very ambitious project that tries to offer unique gameplay to all people who dare to play it but unfortunately it has its share of problems. It appears that the game requires powerful Android hardware or you may experience choppy 3D graphics. In addition the movie sequences in the game take some time to load and then play so for a significant chunk of time you will not be playing the game – instead you will be watching in-game sequences or you will be waiting for them to load. The worst part comes now – the game features different stories with only the first one being available for free so if you want to keep on playing you must purchase all other parts. We think that the free part that you will get can be played with no connections to the other parts but in a few words if you want to feel the full beauty of this game, you will have to pay for it.

These drawbacks will not make us give low grades to the game – quite the contrary! We think that Porta-Pilots is one of the best games we have seen in a really long time so it deserves a look for sure. In addition we believe you will actually like the game so enough of this talk here – just go ahead, download and play this app and you will see whether you will actually like it.

Porta-Pilots is here on Google Play.

LG, with the help of Intel, will exhibit WiDi TV sets at the upcoming CES 2012. The new WiDi televisions are the fruit of cooperation between LG and Intel. The chip giant is the company providing the so called wireless display technology (WiDi) that will debut next year and will allow users... 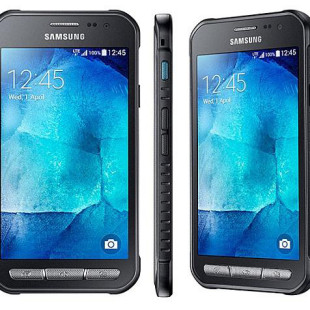 The rumored rugged Samsung Galaxy S6 Active smartphone has been in the news a lot in the past few days and while people speculate what the device will have under the hood Samsung has quietly presented a new rugged smartphone under the Galaxy Xcover 3 brand name. The new smartphone fully meets...