Power Hover is a game that has been designed and created for both skateboard and action fans. The game can offer you some good skateboard action and then more!

The game starts with a short tutorial where you will learn how to play it. It won’t take you long to grasp the game rules and you are good to go. After the tutorial you will see the story that sits behind the game – your village suddenly loses all its power and you must find the reason but to do that you will have to cover long distances. This is where the real action starts – you have to cover numerous stages in a fantasy world where you will have to collect batteries, avoid obstacles, perform stunts and more. It is not that hard to control the character you will be playing with – Power Hover will give you two in-game buttons for this purpose – one in the left half of your display to go left and another one in the right half to go right. It is kind of hard to make these direction changes, however, since the guy on your display needs some time to actually move. This also makes Power Hover a game of perfect timing and if you are not precise and quick, you will crash and die. Keep in mind that the game gives you a limited number of lives so try not to die too often! Apart from the gameplay Power Hover will treat your eyes with excellent 3D visuals and nice sound effects so you will enjoy what you will get to see. We cannot say a bad word for the visuals so the developers of Power Hover deserve praise.

To sum it up Power Hover is a nice action game that deserves some of your time. The app will give you nice and dynamic gameplay, awesome jumps and stunts to perform, action thrills and excellent visuals – all for free – so what is not to like here? So go ahead, download Power Hover and then have some great time! 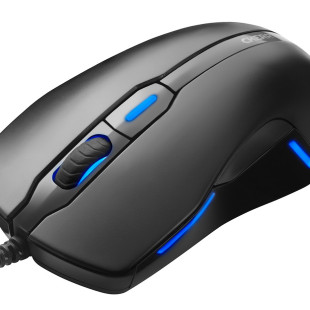 The famous maker of keyboard keys Cherry has announced the new MC 4000 gaming mouse. The new company device has been designed for intense gaming sessions but Cherry also says the new mouse can also be used by professionals who need exceptional mouse precision. The MC 4000 is a wired mouse so...

Believe it or not, the tablet known as Lenovo ThinkPad will be officially updated to Android 4.0 Ice Cream Sandwich in spring 2012. This update will begin with three giant upgrades in May, said from Lenovo. Foremost, this version comes with new and improved web browser, which allows you to...