The Richards Group, a well-known advertising agency has worked with Fiat Chrysler on their subsidiary RAM Trucks to create another poetic and meaningful commercial spot.

RAM has done a great job over the last 3-5 years to really create some dynamic commercials that really speak to most the American population, which are very much “blue-collared” workers. In this ad spot, they do a great job of pointing out the everyday people in their place of work, that we really take for granted, or just don’t notice such as; the janitor, the waitress and of course factory workers.

People that show up every single day regardless of what must be done, because they know it’s a job, and it is money they need to survive in a challenging world. It might seem gloomy, but it is real, and that is what RAM is wanting to do, they want to show potentially truck buyers that their brand recognizes their hard work, and wants to let them know they don’t go unnoticed.

Just like the RAM “Farmer” advertising spot had paid respect to the many men and women, and their families who work the farms to provide us the crops necessary to maintain a demanding consumer, they wanted to pay that same respect forward to the other “blue-collared” men and women.

So how has this paid off for RAM to date? Well their truck sales are up by easily 10% month to month, and they have seen RAM sales increase every year since they have shifted this direction with their message to the consumer. But are these advertising efforts really what is creating this increase in demand for RAM? It is likely because RAM has salvaged their name from the early 2000s and have shifted to one of the best performing trucks on the market in North America, just go ahead and test drive one at a local RAM dealer like Legacy RAM.

If anything, these advertising efforts from RAM an FCA have just helped bolster their truck brand, and helped them leap back into the competition among Ford and GM. It will be interesting to see how this trend continues for the brand. 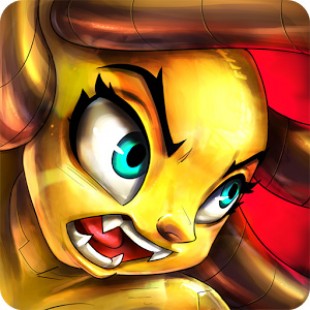 Skydoms is a game that does not tell its story in the title. Instead the game features a picture that shows an enraged female creature, which means there will be fighting in the app. Indeed this is what the game is all about but there’s much more to it. It turns out Skydoms is a role-playing...

The popular mobile hardware maker MediaTek has launched its latest company product – an 8-core mobile processor under the name of MT6592. The chip will power the next generation of mobile devices, including smartphones and various tablets. The MT6592 chip consists of eight Cortex-A7...