The Chinese company RunCore, known for its storage devices and mostly SSDs, has announced a new SSD series that will carry the Pro VI moniker.

The 2.5-inch RunCore Pro VI SSD series comes in a very thin chassis – just 7 mm – and has been primarily designed for use in ultrabooks. Despite the small measures the SSDs boast high read and write speeds that reach 550 MB/sec and 380 MB/sec respectively. As to the IOPS (Input Output Operations per Second) the Pro VI series reaches 80 000 IOPS while reading and 60 000 IOPS while writing. 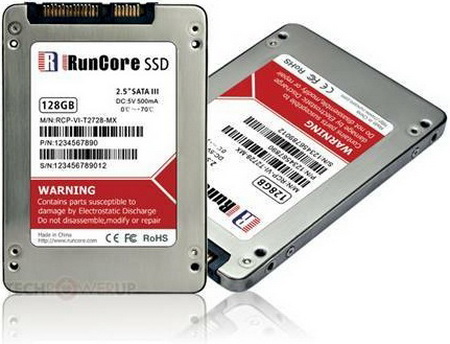 Asus showcased Satin-brushed Aluminum and NeoWood Finishes for their notebooks

Capacity-wise the new RunCore Pro VI series will range from 32 GB to 512 GB. Pricing and availability are unknown.