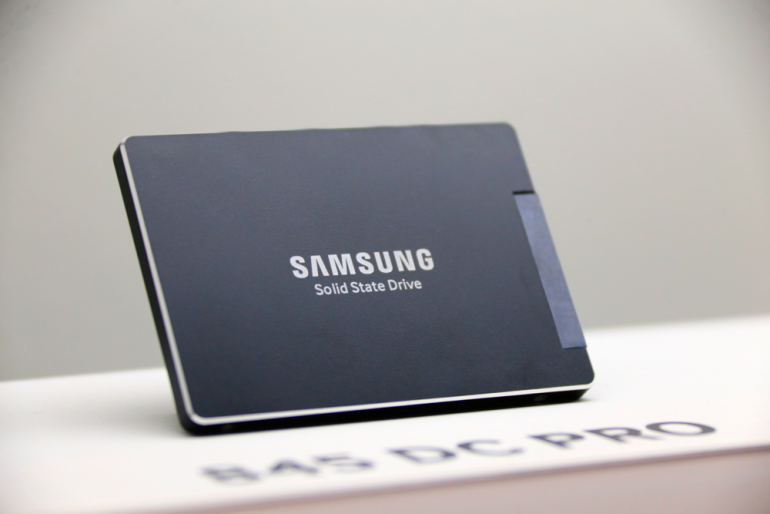 The new solid-state drive line joins the corporate-oriented SSD 845DC EVO line that was released a while ago. Samsung markets these solid-state drives as “data center” because they have been designed to handle hefty storage needs in the content delivery, server and media workstation spaces. Based on 2-bit MLC 24-layer 3D V-NAND memory they offer low power consumption and high performance for mixed and write intensive loads. Currently there are two capacities only – 400 GB and 800 GB, which means that Samsung uses massive overprovision on its drives to further enhance endurance and performance. The 400 GB model comes with 512 MB of cache, while the more spacious 800 GB model offers 1 GB of DRAM cache. In both cases, however, the drives come with Samsung’s own MDX memory controller, 7 mm of thickness and support for the common 2.5-inch form factor and SATA 3.0 technology.

The new SSD line will be commercially available sometime this month. There’s no information on pricing but a Samsung representative has estimated that the drives will cost between USD 1.50 and USD 2.00 per gigabyte.