Spider-Man is one of the most popular superheroes in today’s world and if you are a fan of him you can now experience his power and agility in a game caller Spider-Man Unlimited. The app is free and is now available on Google Play so get your Android device charged up and ready!

When we downloading the application we noticed that it was about 21 MB in size, which surprised us a little bit because we thought it would be much larger. We were not mistaken; when Spider-Man Unlimited was installed it downloaded another 71 MB of information before it ran for the first time so have that in mind if you decide to play this game. As to the game, it strictly follows the Spider-Man story line – you are Spider-Man who lives in New York and you have to battle the bad guys one more time. This time you have to stop an invasion by beings from another dimension and defeat the leaders that stand behind it. All these facts are hidden inside a nicely written story that adds to the value of the game.

Spider-Man Unlimited itself is a runner game. Since we talk about Spider-Man we talk about roofs, tall buildings, industrial zones and the like. You run all the time chasing the bad guys and as in many other such games you have to jump, slide, kick and collect certain pill-looking items that are in your way. The new thing here is that there are enemies along the way so expect to have to fight them too – but the fight is easy – just kick your enemy to send him flying away. Reach the end of the level and then you are done. As a side note we should say that this game is in 3D but it should be as you fly, run, kick and more.

Spider-Man Unlimited is free and can be seen here on Google Play.

Buffalo Technology Japan announced a new external BDXL compatible Blu-ray writer, which will allow you to playback and "burn up" 100GB/128GB discs. The model is called BRXL-PC6U2-BK is USB powered and has two built-in USB 2.0 cables, to ensures a much more stable writing process and full 4x... 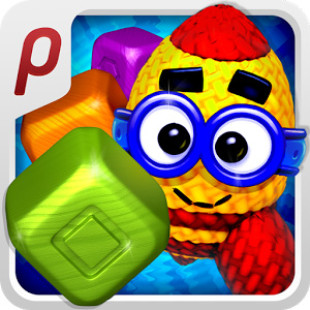 Toy Blast is another game that is suitable for children but this one will surprise you with the features that it offers. The app combines puzzles with matching in a unique combination that will bring you tons of fun. This free Android app does not come with anything extraordinary so expect a...