For some reason the game called Squadron 1945 reminded us of the Second World War. Really, just take a look at the name of this app – won’t you think of the last year of the world’s greatest military conflict? The avatar of the game also reminds of this horrible event – a plane blasting its flying enemies everywhere.

Squadron 1945, however, is a bit different – the game is actually one of these arcade games where you have a small-sized plane that has to conquer the world by defeating countless other enemy planes and machines. This makes Squadron 1945 a classic arcade game and in fact this app has nothing else to offer – the gameplay is the same old thing that you have seen before – just fly your plane, avoid enemy fire, shoot down millions of other enemy planes and defeat the enemy. The game story is about an unknown enemy force that has conquered the world and you are the only guy that can beat the bad guys. You, however, will be helped by some colleagues of yourself – so you will be accompanied by three other planes that will replace your lost one when you get hit. Each plane has a unique weapon too so you will enjoy new visual effects every time you lose a plane. The game has 30 levels so you will be playing it for quite some time and we can say that things get really intense really soon. In the visual and sound departments do not expect anything new – the game is in 2D only and features somewhat nice sound effects, which is okay.

By now you may think that we will qualify Squadron 1945 as a mediocre game but in fact the reality is different. True, the game does not feature anything new but the gameplay is very dynamic, fun and addictive and we are completely sure that fans of the genre, and not only, will like Squadron 1945. So all in all Squadron 1945 is a fun game that will keep you occupied for a long time.

Squadron 1945 is here on Google Play.

Sony’s Hayabusa smartphone isn’t a mystery anymore but to compensate for this fact Sony now has a new device that comes with a codename – Tsubasa. Apparently the device is also known as Xperia LT25i and will arrive later this year to replace the current Xperia S model. Despite...

Micro-Star International has started the sales of a new GeForce GTX 680-based video card that goes by the name of N680GTX Lightning L. The L letter perhaps stands for Light as this card is a slower version of the N680GTX Lightning released some time ago. To make it slower MSI has... 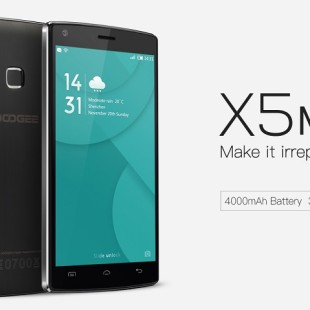 The Chinese smartphone maker Doogee has updated its budget-oriented X5 line of smartphones with the new X5 Max handset. The device keeps the same low price of its predecessors but comes with updated tech specs and new features. Doogee says that the X5 line houses the most affordable 5-inch...