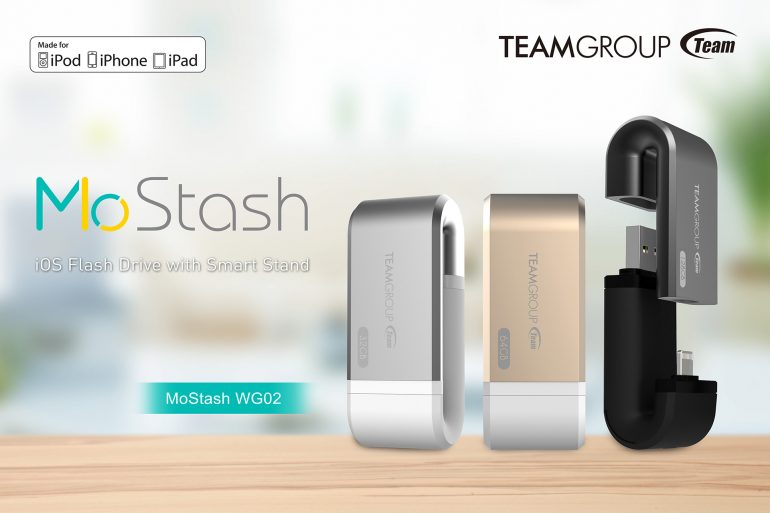 The memory and memory peripherals maker Team Group has announced the existence of a new iOS flash drive called MoStash WG02. The device is said to be the world’s first flash drive for the iPhone, which can transform itself into a mobile viewing stand. The MoStash WG02 uses a Lightning/USB 3.0 dual connector and can transform into a stand through interlocking its smart cover. 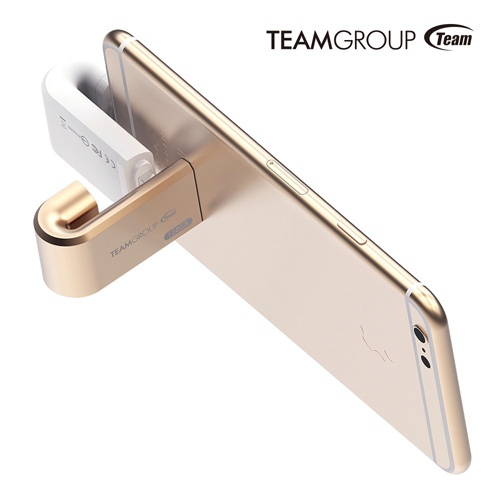