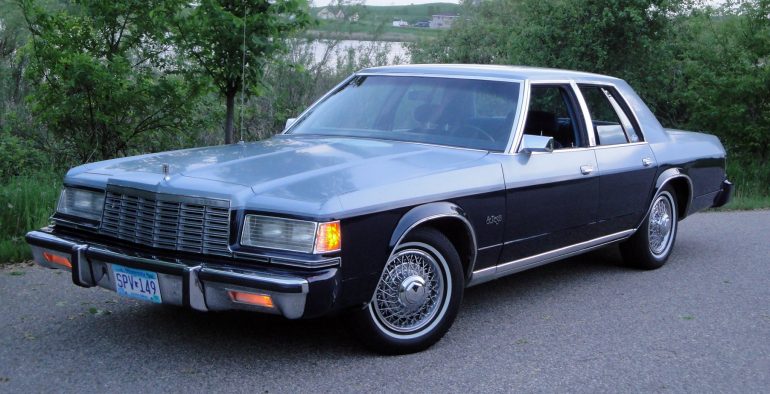 Back in the late 1960s, Chrysler was a distant third behind General Motors and Ford.  Despite a number of bold initiatives, a number of financial and economic factors came into play that prevented them from gaining any momentum. The result: by the time the 1970s came to a close, Chrysler was on the verge of bankruptcy. In a brilliant move, Chrysler appealed to the US Government and asked for a loan. The result was the famous 1979 Chrysler Bailout.

How things got bad

Looking back, Chrysler’s situation was driven by many disrupters:

High Interest Rates – The interest rates of the late 1970s were high, close to 20%. This caused a massive slowdown of consumer spending.

High Gas Prices – During the 1970s, there two major spikes in the price of oil and gasoline. The biggest involved the Saudi oil embargo of 1974.

Downgraded debt – With the large amounts of unsold cars and dropping sales, many credit –rating agencies downgraded the company’s debt rating. This meant that in order for them to raise money, they either had to pay more interest on any debt secured or simply be unable to raise additional funds in the financial markets.

International competition – In the late 1960s, Germany and Japan started to aggressively market cars in the United States. The types of cars that they made were generally perceived to be of better quality and much more fuel efficient than American cars.

All these problems came to a head in 1979 and this put Chrysler on the verge of bankruptcy. A brilliant move was developed by Chrysler’s president, Lee Iococca. It was decided to lobby both Congress and the White House for a $1.5 billion loan to stay in business.

Why was Chrysler saved?

If Chrysler was allowed to fail, there would be a number of negative effects.  Lee Iococca elaborated on these quite skillfully in presentations to Congress and the White House. His motive was to secure a loan from the US government so that Chrysler could become healthy again.  His argument contained the following points:

Saving jobs – Had Chrysler been allowed to fail, there would have immediately been 360,000 jobs lost. The fear was that with the economy in a recession, 360,000 job losses would have a multiplier effect, especially with thousands of suppliers. Second, the bankruptcy of the company would force $800 million in unfunded pension obligations for the auto maker’s employees onto the federal government.

Global economics – In the 1970s, the Cold War was at its height and the perceived economic decline of the U.S. was in full force. For many, the fall of an American icon would have led the country down a path of economic hardship that would have worldwide implications.

National security implications – In 1977, Chrysler was awarded the contract to build the M-1 Abrams tank. Since the 1960s, NATO had been looking for a tank that could replace its older models. The fear was that if Chrysler went under, the national security of the country would be compromised by the loss of a manufacturer for tanks, trucks and other vehicles.

Today many critics wonder whether Chrysler’s 1979 bailout was a prudent thing to do. The facts paint a different picture, though. Chrysler was able to come out of the financial situation it was in and develop cars that the public would once again buy, such as the K-car and minivan.  As such, the Chrysler bailout in 1979 suggests that – when done right – government bailouts can contribute to long-term growth and stability in the economy.