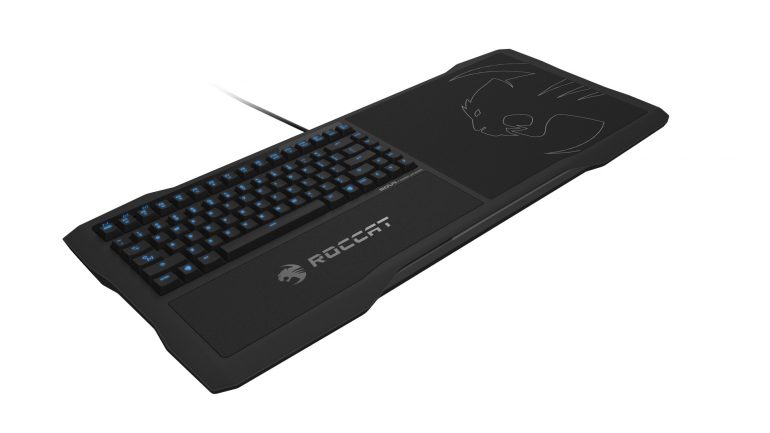 It is a very rare occasion to announce a product and then start selling it two years after the announcement but this is exactly what has happened to Roccat’s Sova gaming keyboard – announced back in year 2014 it is now that this keyboard has become commercially available.

The main feature of the Sova is that it comes with an integrated mouse pad so you are looking at one large and unusual device here. It is not of use to have a mouse pad with no mouse around and this is the reason why the Sova package also includes a Roccat Kova gaming mouse. The mouse comes with an unusually long cable that measures 4 meters but it has been designed for gamers who want to play on large TV sets while sitting in a coach. As to the keyboard, the Sova will have two versions – the first one will feature membrane-based keys, while the second one is fully mechanical. In both cases the Sova comes with 512 KB of internal memory and two USB 2.0 ports. The entire Sova gaming keyboard (this includes the mouse pad) measures 646 x 280 x 37 mm and weighs 2350 grams.

Roccat wants EUR 149 for the membrane-based Sova, while the fully mechanical version of the same keyboard costs EUR 199.