The apps that you can find on Google Play offer numerous activities including the one to have a virtual pet at home. One of the most popular ways to do that is to download the My Talking Tom game that has become so successful it has sprung up many other Tom apps. Tom’s Messenger is one such application.

The app is a really innovative way to send messages to friends and no, this time you will not be feeding and bathing Tom, this time you will be recording and sending messages. In fact Tom’s Messenger is much more versatile than it seems to be – the application allows you to use other pet characters such as the dog Ben, the female cats Ginger and Angela and other similar digital characters. The choice is up to you so pick the one you like the best! Once done, you can record your message and then store it on your Android device. The message can be then sent to someone and Tom’s Messenger does deliver here – the app supports SMS, Facebook, KakaoTalk and other messaging services and social networks.

Visually Tom’s Messenger does deliver some 3D effects but the app is in no way a game. You can see this in the interface too – there are no game control buttons or similar functions – just record the message and then send it.

Although a bit hard to figure out at first Tom’s Messenger is a really nice app. It gives you a new and unique way to send messages when you need it and do that for free!

You can take a look at Tom’s Messenger here on Google Play. 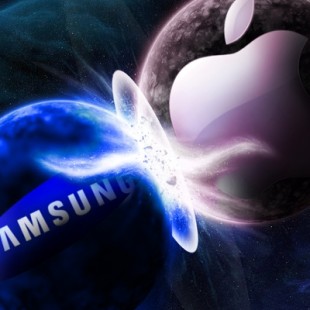 Why can’t we all just get along!? Rivalry in the technology industry is certainly nothing new but now with the mobile market increasing as rapidly as it is there’s undoubtedly nothing wrong with a little good old fashioned competition. Apple and Samsung have are just two such companies that seem...

The Japanese tech company Panasonic has unveiled the Toughpad FZ-G1 tough tablet at the on-going CES 2013 in Las Vegas. The Toughpad FZ-G1 is an enhanced tablet designed to withstand harsh conditions and fully meets or exceeds the MIL-STD-810G military standard and the IP65...

Just a few days before the official debut of the highly expected Samsung Galaxy S III smartphone the Korean electronics giant has unveiled more details about its upcoming product. One thing’s for sure now ending all speculation in this field – the Samsung Galaxy S III will come with a...