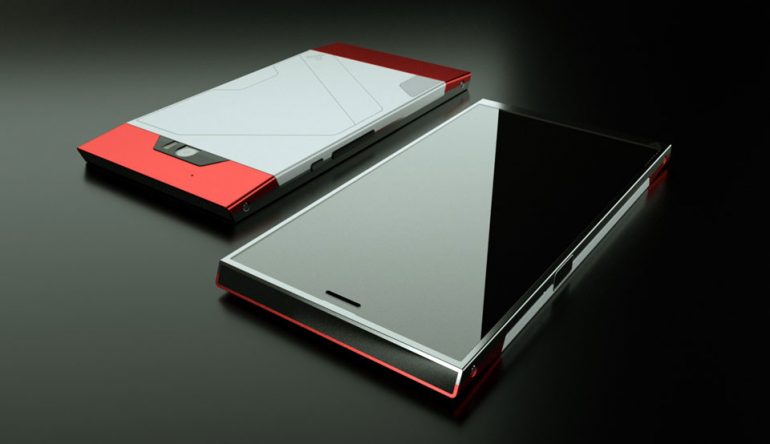 We bet that you have seen numerous smartphones in your lifetime but we are also sure that until now you haven’t seen a smartphone that offers data encryption. Yes, such a device exists and it comes from a company called Turing Robotic Industries.

Those of you who work in the IT industry have already recognized the name of Alan Turing, the famous 20th century computer scientist and mathematician who was simply a genius in breaking coded German messages during World War II. Since the smartphone offers data encryption its designers and creators have decided that calling it with the name of Turing will underline this important feature – we agree that this is the case here.

The Turing Phone is all about security and that’s why it offers a fingerprint reader that unlocks the device before you can use it. In addition two Turing Phone devices will be able to automatically recognize each other when in close proximity and will be able to exchange data. Encrypted data, however, is not everything if it is not protected well enough and that’s why the Turing Phone comes with an extra sturdy chassis that is made of the new “liquidmorphium” metal alloy that is said to be stronger and more durable than steel and even titanium. There are some portions of the chassis that are made of aluminum, plastic and ceramic but the use of liquidmorphium will surely make the phone a device that is hard to break.

On the inside the new smartphone offers a Snapdragon 801 processor, 3 GB of RAM and 64 GB or 128 GB of internal memory, a 5.5-inch display at Full HD resolution (1920 x 1080 pixels) and two cameras – one rear at 13 MP and one front at 8 MP. The handset runs Android 5.0 Lollipop. As you can see the Turing phone is not the fastest we have seen but it is capable of handling any modern Android application.