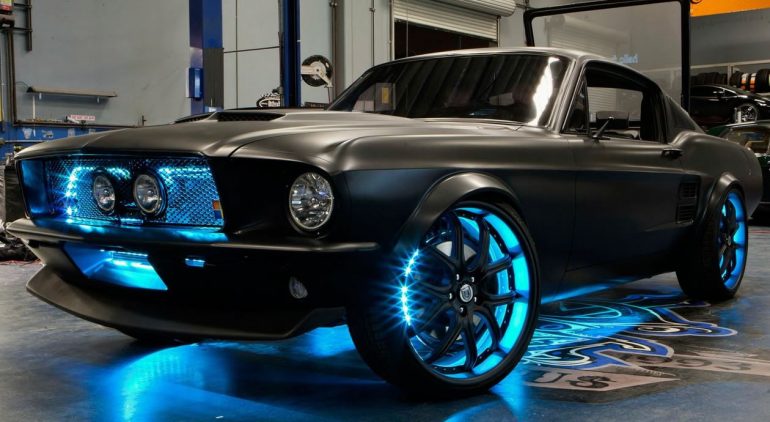 “Underglow” lights are neon or LED lights mounted under a vehicle that light up the road surface underneath.  The effect is quite dramatic as it gives the vehicle an “floating” effect. Some people believe that underglow lights provide a safety effect, especially for motorcycle riders who drive at night.  The problem is, despite the fact that they mimay have some positive attributes, they are illegal in many states.

Addition of non-approved lighting (such as underglow lights)

Alteration or removal of air pollution and emissions control device

Removal of mufflers or other exhaust sound control devices

Underglow lighting is regulated by laws that exist to help keep the drivers free from “distractions.” The laws generally restrict the color and type of underglow lights a car owner may add to a car. While yellow and amber neon lights are generally accepted, Dulles Kia of Leesburg, VA, a local Kia dealer says red and blue lights are often restricted because of their common use on police vehicles. Similarly, lights that flash or blink are also restricted based on their common association with ambulances and other emergency vehicles.

Most states allow underglow lights but have restrictions. States like California, Kansas, and Arizona, allow the use of underglow car lights with restrictions on a particular color and location, for example:

Arizona traffic laws only allow amber or white lights on the sides of cars, not underneath

Kansas allows the use of underglow lighting on vehicles, but they cannot be red or flashing

California also allows the use of underglow lighting on vehicles, but they cannot be red or flashing

Under traffic laws in most states, drivers may be given a “fix-it” ticket by the police officer. As the term suggests, a driver would have the opportunity to correct the violation by showing a local police officer or DMV that the issue was fixed

The possibilities are endless when it comes to embellishing your car with underglow lights. However, if you want to avoid having to pay fines or getting your license suspended, you should check the lighting laws of your particular state. While many states allow for some type of DIY illumination on vehicles, there are specific rules that may or may not apply to underglow lights.