What you thought it would be like working from home vs. how it really is 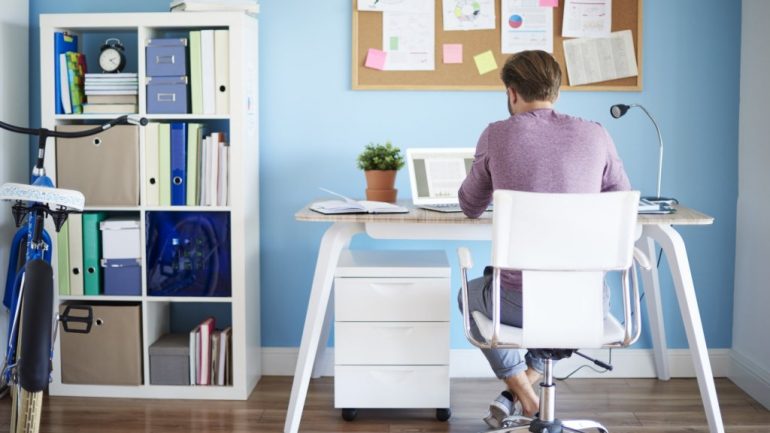 The idea of working from home appeals to nearly everyone. No commute, no annoying coworkers, no rigid, hard-to-follow structure. Well, in the recent situation, you’ve learned that it’s a little different. In fact, working remotely is a lot different from how you envisioned it.

First of all, you might have constant distractions. The kids don’t understand that you’re not home to play with them because you’re at work, the dog won’t stop begging at you for attention when the report you’re working on is due in 15 minutes. The cat won’t get off of your keyboard, and no matter how many times you shut the door it somehow keeps on finding a way in.

You might have thought you could work around it, and you’d never get sick of the constant pandering from the little things we love so much.

The best way to stop this, with the kids at least, is to form a strict set of rules (not too many, or else they might complain), but enough to get the idea across that mommy or daddy is not to be disturbed in between certain times unless it is an absolute emergency. An emergency being something’s on fire or they’ve hurt themselves, not that the dog looks cute with one of their hats on.

Another type of distraction is the chores. When you’re not really in the mindset to work, procrastination can be easy. Noticing there is a speck of dust on the floor and getting the strange compulsion to suddenly scrub the whole house from top to bottom is now not unknown to us, especially when we’re sat at the desk working on something that couldn’t get much more boring.

It can be difficult to resist the sudden urges to do anything that’s not your work, and you really didn’t realize you would have to fight it quite so much.

Lastly, there is a lack of communication. You probably didn’t think you would miss office dramas or that one gossip queen who always twists someone’s words just to have something to talk about. But it’s not only that you’ve been missing.

NEC announces a pair of monitors

Your boss might have been less communicative with sensitive information since they realized that as they decided to use Microsoft Teams or Slack they don’t have the level of control they might want. This is because these services are hosted on their servers, so they essentially control the data.

In the short term, this might have been fine, but as the move to working remotely took place nearly a year ago, other considerations now need to be made. This has led to comparisons between what you have and open source alternatives. When comparing, for instance, Slack vs Mattermost, Mattermost often wins, on control issue as well as flexibility.

Working from home might be turning out to be a lot harder than you thought it would be, and as a result, you probably can’t wait to get back in the office again.