If you have ever wanted to travel the world but you’ve never had this opportunity you can take a look at a free Android game called WORLD PIECE. The app will take you around the world, although in a virtual way.

The gameplay that WORLD PIECE comes with is extremely simple and many of you will wonder why this game exists in the first place. You play as an unknown bicycle rider who wants to go around the world and you do exactly this. All you do in this game is ride a bicycle (although the game does this for you automatically), while trying to cover as many kilometers as possible. Basically you will be going up and down all the time riding on virtual hills and collecting what seems to be golden clocks. The game is also about perfect timing since there’s a way to get enough speed to fly high in the sky and easily cover more and more kilometers. When you cover long distances you will see the background of the game change, which means you have entered foreign countries. The ultimate goal is to get as far as possible before something happens to you and eventually it will. We were able to cover around 7000 km before we were hit by a lightning, which was the end of the game. Unfortunately the game has some drawbacks – the graphics are in 2D only, they are very simple and the gameplay can be very repetitive. The sound inside the game is, however, very nice and pleasant.

WORLD PIECE can be a very nice adventure, given you want to experience it. The game can make you feel like you are travelling the world and there’s a competitive survival element inside. If you can take all this into account you will be able to enjoy this app, if not then you will have some hard time. As to us, we did enjoy this game so there’s a chance you will too. 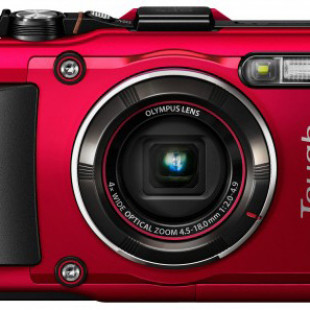 About a week ago we reported on the upcoming Olympus TG-4 digital camera that would come with a rugged chassis and, supposedly, a 20 MP optical sensor. The new camera is expected any time soon so it should not come as a surprise that new details have surfaced on the Internet. According to the...

Overclockers just got a new treat this time coming from the Taiwanese Micro-Star International company, which is a well known motherboard maker. Apparently not satisfied by its Military Class motherboards the hardware maker now offers a new breed of motherboards that are “OC Certified”...