Prestigio is dedicated to offer performing, practical and unique GPS navigation devices, and its two latest models are no exception! We are once again elevating the standards with the GeoVision 4120BT and GeoVision 5120BT, which offer the complete package for people who look for a turnkey solution for their car navigation. Not only are these models only 13mm-thin and featuring 3D visualization, but they now feature FM transmitter and Bluetooth® for hands-free calling. These new Prestigio GPS devices are available right now at our partner’s stores at a highly competitive price.

The GeoVision 4120BT and GeoVision 5120BT were conceived to make your life easier, with simplicity and convenience in mind. Thanks to Bluetooth® technology integrated into the devices, you can safely make phone calls while keeping both hands on the wheel and your eyes on the road. This hands free kit works with virtually all mobile phones also with Bluetooth ® capability.

The two new models also feature FM transmitter, which uses FM radio waves to send MP3 music from the GPS devices to your car radio. The GeoVision 4120BT and GeoVision 5120BT offer award-wining navigation software, with detailed maps and impressive visualization in three dimensions for easy orientation wherever you go: It is now easy to recognize buildings and famous landmarks while driving by. You also have access to thousands of points of interests (POI) such as gas stations, hotels and restaurants.

These GPS are compact, light, ultra-slim and only 13mm-thin. They are among the thinnest navigation devices on the market, and can easily be carried around in a pocket or a purse. The difference between the two new models in Prestigio’s portfolio lays in the screen size: The GV4120BT has a 4.3” display, while the GV5120BT is 5”. The screen’s vivid colors, large buttons, clear texts, intuitive icons and animated screen transitions will enhance your navigation experience.

The popular AMD AM3+ platform currently has a relatively major drawback – it does not support PCI Express 3.0 even when using the top AM3+ AMD 990FX + SB950 chipset. AMD will solve the current situation with new chipsets expected this year but until then AM3+ users will have to live with...

The Internet has seen the tech specs of a new Nokia device, codenamed Sirius. It will be a tablet running Windows RT and sporting a relatively large 10.1-inch IPS display at Full HD resolution (1920 x 1080 pixels), supporting a 5-touch multitouch interface and wide viewing angles... 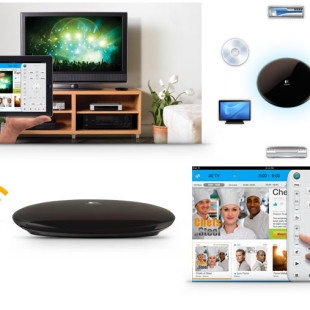 Logitech has introduced a new device which in combination with a special app will allow you to to control your entire home entertainment system with iPad, iPhone, iPod touch and Android smartphones. The Logitech Harmony Link communicate over Wi-Fi to receive Wi-Fi signals from the Harmony...