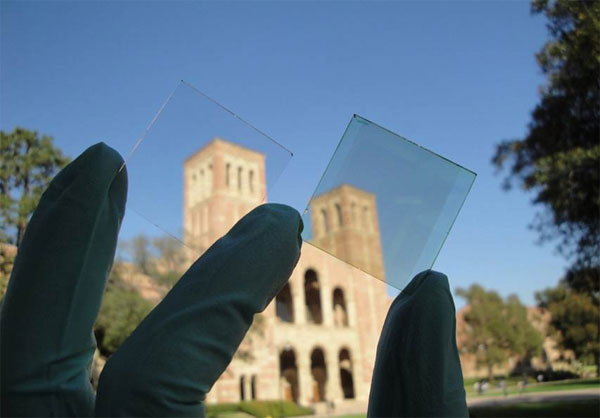 Photovoltaic systems are getting more and more common but soon they may find their way to everyone’s windows thanks to the efforts of a team of scientists at the University of California – Los Angeles.

Using a special type of polymer solar cells the scientists have created a device that converts infrared light into electrical current. Right now the prototype sports 4 per cent of energy conversion efficiency at 66 per cent transparency – not crystal clear, but certainly clean enough to peer through. According to a study in ACS Nano, the technology could be used in “building-integrated photovoltaics or integrated photovoltaic chargers for portable electronics.”

In a few words some years down the road the technology might be integrated in regular windows to generate energy or be used in sun collecting smartphones. Of course the technology is still in its infancy so we won’t get too see it in action any time soon but it surely sounds promising.