Nintendo found out that NXPGAME was selling illegal video game copiers after investigating a website. The illegal hardware allows the consumer to download and play illegal copies of Nintendo DS video games. The owner agreed to cease selling those game copiers after multiple letters and calls from the legal counsel at Nintendo, and closed his website. The owner however, launched an identical website at a different address, and redirected people who visited the old website to the new one, in order to sell more illegal game copiers.

The company and its owner still continue to sell the illegal hardware while operating multiple websites, despite the repeated attempts to get him to cease its actions. Nintendo states that the owner of NXPGAME is willfully continuing to infringe on the intellectual property rights of the company. One of the websites of the NXPGAME Company is additionally using Nintendo Registered Trademarks and violates the copyrights of the Nintendo Corporation.

Senior Director of Anti-Piracy at Nintendo of America, Jodi Daugherty, stated that using game copiers to play unauthorized downloaded games is illegal and wrong. He also stated that piracy is especially harmful to smaller developers, when their creative works are stolen and copied illegally, they will find it difficult to survive economically.

Internet piracy does damage to Nintendo and to more than 1,400 game development companies that depend on sales of their games for survival.

CEO of Gaijin Games, Alex Neuse, said that he loves gaming and that he spent years of hard work and a significant personal financial investment to make his video game dream a reality. Alex Neuse also estimates that more than seventy percent of their games are in the hands of the public have been copied illegally. He explained that every download that is made illegally is another blow against new and original games. Alex explained that if you enjoy a company’s game, paying for it helps them ensure that they will continue to make products that you will like. Piracy hurts small independent developers who don’t command the sales figures/profits that the bigger companies do, and that ultimately hurts not only the developers, but all the gamers too, stated Alex.

This lawsuit follows the one that Nintendo filled back in 2009 against Chan, in which the United States District Court in Los Angeles confirmed that game copiers violate the Digital Millennium Copyright Act. After that, the court ruled that illegal hardware such as the R4 infringe on the intellectual property rights of Nintendo, after which it ordered Chan and the three websites that he operated to stop distributing the illegal devices.

These illegal game copiers are designed to connect to the Nintendo DS portable gaming device and “go around” the technological protection they have, after which, the copiers can be used to play “unlawfully” downloaded via the internet Nintendo Game files.

Nintendo has support almost one-thousand and fifty-hundred legal actions in more than twenty countries, which have resulted in the confiscation of more than 422,000 illegal game hardware components.

The luxury smartphone maker Vertu will release the new Constellation smartphone, which is the company’s second device that runs Android as its main operating system. Just like other Vertu smartphones the new model features ultra high-end components and uncompromising... 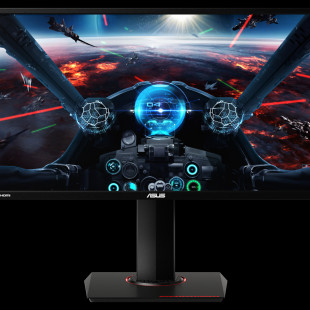 ASUS has enhanced its ROG gaming monitor line with the addition of three new models – the MG248Q, MG28UQ and MG24UQ. An interesting fact is that the MG24UQ and the MG28UQ have been on the ASUS web site for quite a while but it is now that customers will be able to buy these monitors. The new...

Nokia has been going through tough times lately and the recent discovery that the current crop of Lumia smartphones won’t get an upgrade to Windows Phone 8 has added more pressure onto the ailing communications giant. Still, there’s light in the tunnel – sources close to Nokia now claim the...