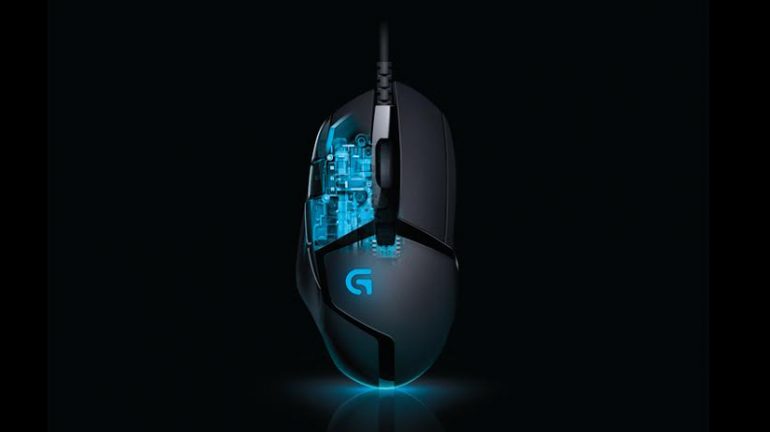 The Swiss manufacturer and provider of PC peripherals Logitech has unveiled the G402 Hyperion Fury ultra-fast FPS gaming mouse. The device is so fast Logitech claims that this is the fastest mouse on the planet with tracking speeds that reach more than 500 inches per second.

The G402 Hyperion Fury solves a major issue gamers have seen for years – gaming mice cannot track as fast as gamers move. The new mouse solves this issue thanks to three years spent on research and improvements. The results achieved depend on an on-board 32-bit ARM processor and Delta Zero sensor technology but the G402 Hyperion Fury offers even more – the mouse has eight fully programmable buttons with 1 ms of report rates and on-the-fly DPI switching between four different settings. Thanks to Logitech software the buttons can support a single keystroke or complex macros. All configuration changes can also be saved inside the mouse, which means you can take the G402 Hyperion Fury anywhere and still have your gaming profile saved.

The Logitech G402 Hyperion Fury will be in a store near you in August, given you live in Europe. If you reside in the US, though, you can pre-order the mouse now. Expect this pleasure to cost you USD 59.99.