Roccat is getting ready to unveil yet another high-end gaming mouse at Computex 2012, which will be held in Taiwan.

The new Kone XTD Max gaming mouse will introduce a new 8200 dpi sensor as well as a 72 MHz ARM processor, built inside. In addition the novelty will sport the “world’s most advanced Tracking & Distance Control Unit.”

Roccat CEO and founder Rene Korte described the mouse as a “supreme gaming weapon custom-built for the most demanding warriors.” It will include several features such as the company’s Easy-Shift [+] technology, which lets users double the functions of their buttons and wheel, as well as Roccat Talk, which allows the XTD Max communicate with other Roccat peripherals such as keyboards. 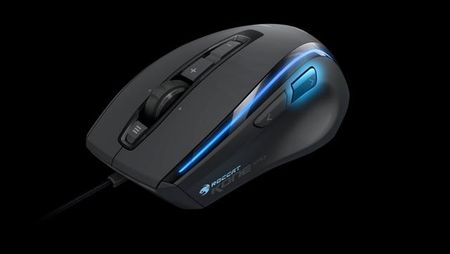 Unfortunately the mouse will be available on the market starting in September – but gamers and Roccat fans can see it live at Computex – if you get to visit the exhibition.

As to pricing – there’s no information but the Kone + gaming mouse sells for 115 USD, so this gives a hint as to how much the novelty may cost.