PlayStation®2, the World’s Most Popular Computer Entertainment System, Now More Affordable than Ever At an RRP of €99.99 – A saving of €30 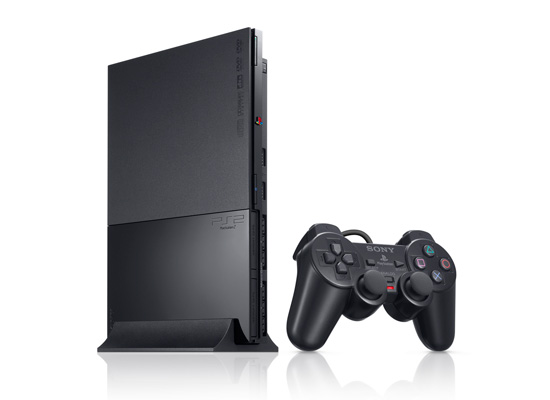 Sony Computer Entertainment Europe (SCEE) today announced that PlayStation®2 will have a revised recommended retail price (RRP) from April 1 of €99.99 (Switzerland CH149.90), a significant saving from the current RRP of €129.99.
Since launching in 2000, PlayStation 2 has sold more than 136 million sell-in units worldwide*, making it the most popular system in the gaming industry history. PlayStation 2’s vast library of games from all genres for all types of audiences will grow to nearly 1,900 titles this year. This breadth and depth of content along with the new RRP make the platform a stronger value than ever, particularly for families, casual gamers, and those seeking to maximise their entertainment budget.

“PlayStation 2 transformed the games and entertainment industry, by reaching a mass market audience through innovative games, including social games such as EyeToy®, SingStar® and Buzz!™ and by the integration of the DVD player, which helped establish DVD as the format of choice throughout the world,” said David Reeves, President and CEO, SCEE. “We are now into PlayStation 2’s tenth year and consumer demand remains strong throughout much of our region. This RRP revision will help to ensure that PlayStation 2 remains a key part of the entertainment market place for some time to come. We are very excited about the future of PlayStation 2 and will continue to grow the game library this year, meaning that new and existing owners have plenty to be excited about.”

SCEE will continue to support PlayStation 2 with new titles that appeal to families and casual gamers looking for social entertainment experiences. First-party games such as SingStar®, including SingStar® Queen, Buzz!™, including Buzz!™ Brain Of and MotorStorm®: Arctic Edge as well as major franchise titles from SCEE’s licensed publishers demonstrates the continued growth of the platform’s library of content. In addition, more than 250 best-selling PlayStation 2 titles have achieved “Platinum” status, providing consumers with plenty of games to choose from at a value price.

PlayStation 2’s impact on the industry is unmatched, as the platform played a key role in establishing the popularity of the most recognized and beloved franchises in history, including Guitar Hero® by Activision, FIFA by EA Sports, Metal Gear Solid® by Konami Digital Entertainment, FINAL FANTASY® by Square Enix, Grand Theft Auto™ by Rockstar as well as Gran Turismo™ by Polyphony Digital Inc. and Sony Computer Entertainment Worldwide Studio’s titles including God of War® and Ratchet & Clank®. In recent years, this stellar line-up has expanded to include an extensive list of social games and family-friendly titles such as EyeToy, Buzz! and SingStar, which have helped usher in new types of consumers into the world of gaming.

PlayStation 2 remains the most played computer entertainment system on the market, according to a December 2008 report from The Nielsen Company. Last year, PlayStation 2 became the first system in history to reach the 50 million sell-in unit sales milestone throughout Europe and the PAL territories, making it one of the most successful technology products ever.