Sony Announces an Unparalleled Software Line Up, Launch of the PSP Go System, and New Services for PSP and PlayStation Network at E3 2009 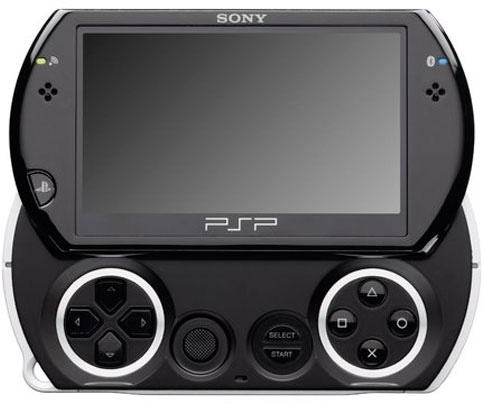 Closing out a record year of sales for PlayStation in 2008, the company unveiled a new hardware offering the PSP(R) go system and laid out its most aggressive software line up to date with unprecedented support from its publishing partners, including Activision(R), Capcom(R), Electronic Arts (EA), and Ubisoft(R). The company also showcased an unparalleled exclusive line up of more than 25 first-party games that are both defying and defining gaming genres with titles ranging from Uncharted 2: Among Thieves(TM) and MAG, the industry’s first 256-player online gaming experience, to ModNation(TM) Racers, which reinforces PlayStation’s leadership and innovation towards user-generated gameplay. Proven franchises will also hit PlayStation platforms including Gran Turismo(R) 5, Ratchet & Clank(R) Future: A Crack in Timse, and God of War(R) III. In addition, SCEA announced several exclusive titles for the PS3 including RockStar North’s Agent and Final Fantasy XIV, as well as exclusive titles for the PSP such as Resident Evil and Metal Gear Solid: Peace Walker.

“We’ll have another great year in 2009 because we have an amazing line-up of exclusive games on tap, including Gran Turismo 5, UNCHARTED 2: Among Thieves, ModNation Racers, MAG, and God of War III, not to mention an onslaught of content hitting PSP with fan favorites such as LittleBigPlanet, RockBand, and Metal Gear Solid,” said Jack Tretton, President and CEO of Sony Computer Entertainment America. “PlayStation has been redefining consumer entertainment since its inception and we have no plans to stop. We’re continuing to raise the ante when it comes to delivering compelling and fun entertainment experiences to consumers and will do so for many, many years.”

Also announced on stage, the PlayStation Portable family introduced its newest evolution, the PSP go system and a remarkable content line up including exclusives Gran Turismo, LittleBigPlanet(TM), and Resident Evil. Coming to North America in October 2009, the PSP go system is specifically designed for the digital lifestyle with an even more portable, pocket-sized and sleek design. Exclusively for downloading digital content, the PSP go system comes built in with 16GB of internal flash memory for games, videos, music, and photos, and will be priced at $249.99 (MSRP). SCEA also announced a suite of new digital content services that will be available for both PSP go and PSP-3000 systems, including a new music application called “SensMe(TM)channels,” a mood based music recommendation system and Media Go!, a free application that makes it easier for consumers to manage their PSP games, photos, videos and music on their PC.

Also, demoed on stage, SCEA previewed current developments for an engineering prototype of a new controller which can be combined with PlayStation(R)Eye to offer unmatched precision for added depth and enhanced gaming experiences for casual to the hard-core gamers. The controller detects the natural movements of the hands and uses the PlayStation(R)Eye to detect the position of the controller in 3D, allowing the camera to project users onto the TV screen to play and interact with onscreen objects. In addition, DUALSHOCK(R) 3, one of SCEA’s most popular peripherals, will be offered in three new colors this year. “Satin Silver” will be available exclusively at GameStop from July through September, while “Deep Red” and “Metallic Blue” will be available at all retail partners starting in October.

PlayStation brand continues to redefine consumer entertainment with groundbreaking new products and services, and the broadest and deepest line up of non-gaming and gaming content which consumers have come to expect and count on from PlayStation. With three healthy platforms that offer something for everyone in the family, the company remains on track for continued success and in delivering fun entertainment experiences for many years to come.