There are plenty of third-party “weapon” accessories for the Sony’s PlayStation Move, but now they unveiled a new one which they made by itself and will come on Feb 2011 at the launch of Killzone 3 for $39.99.

The new shooters game friendly attachment, called PlayStation Move sharp shooter houses both the motion controller and navigation controller to give you “most intuitive and immersive control experience ever found in a shooter game.” It is equipped with a responsive digital trigger, adjustable shoulder stock and has incorporated a firing mode selector, realistic pump-action and a reload button. Sony says that it gives  convenient access to the navigation controller and was designed specifically with games such as Killzone 3 and SOCOM 4: U.S. Navy SEALs, but of course you can expect many more upcoming games that will work with this “SMG” as well. 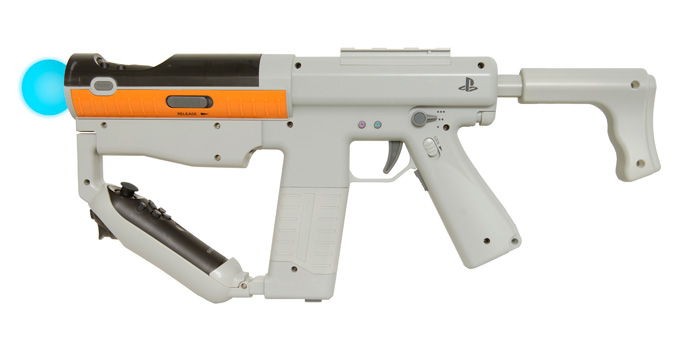 But this is not all, Sony also has announced and new “Jungle Green” DUALSHOCK 3 wireless controller in addition to already wide array of colors available at the market. It will also be available in February 2011 for $54.99 (MSRP), when the Killzone 3 will arrive. 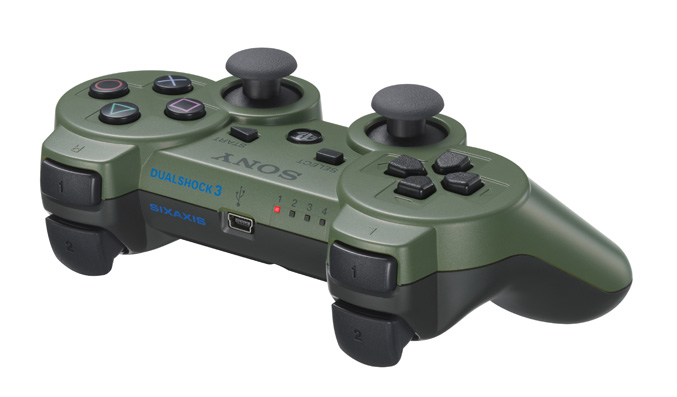