One of biggest games site IGN.com announce,  that their sources suggest that the PSP 2 is real, touch screen-enabled, and coming soon.

The evolution of the PSP has been one of small incremental updates rather than drastic aesthetic and hardware reconfigurations. Since its debut in 2005 the PSP has undergone two mild hardware adjustments with the PSP-2000 and the PSP-3000. While the 2000 series altered the handheld in terms of form — slimming down the hardware by 33% in weight, and 19% in thickness — the 3000 series made some notable functional improvements, such as a built-in microphone. The 2000 and 3000 series ensured the continued success of the PSP brand across North America and Europe, many gamers have been clamoring for a full-fledged PSP 2 for months… READ MORE 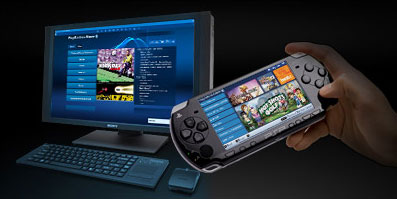