The fourth instalment of the successful Halo game series is right around the corner and this is one of the reasons Microsoft is currently working on a special edition Xbox 360 gaming console that will be dedicated to Halo 4.

Called Halo 4 Limited Edition Xbox 360 the new old gaming console will be custom-built and will carry a 320 GB hard drive with it. The limited edition console will also offer on-off and eject sound effects, customised controllers with a range of up to 30 feet, a rotating D-pad and blue LED lights, a Halo 4 Standard Edition game as well as downloadable Halo 4 content. 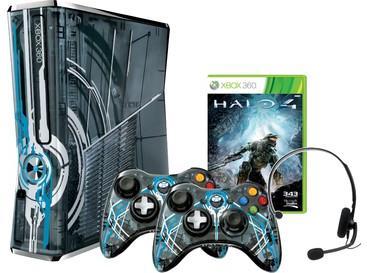 In addition the Halo 4 Xbox 360 console will come with a special handset that will allow players to chat with friends on Xbox LIVE as well as engage in multiplayer fights.

The Halo 4 Limited Edition Xbox 360 console will retail for USD 399, where the controllers will sell separately at USD 60 a pop.

ASUS works on another convertible Chromebook