The video card support up to 5 simultaneous displays and features a dual-BIOS toggle switch, allowing you to roast it up to 880MHz. It  has a TDP of 375W and requires a 750W Watt or greater power supply with two 150W 8-pin PCI Express power connectors recommended (1000W and four 8-pin connectors recommended for AMD CrossFireX). The card has integrated HD audio controller offering 7.1 channel surround sound over HDMI and supporting AC-3, AAC, Dolby TrueHD and DTS Master Audio formats. 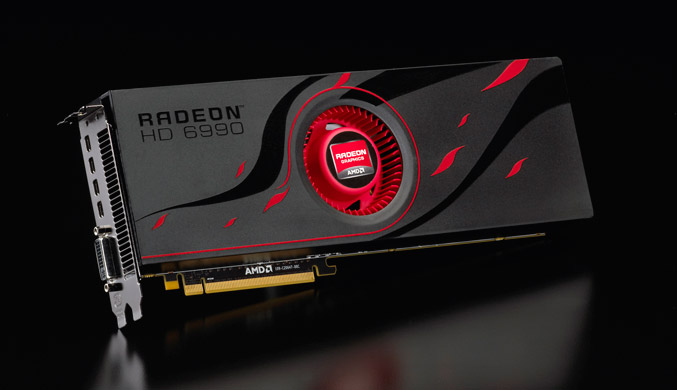 AMD Radeon HD 6990 is equipped with one DVI and four mini DisplayPort outputs and is available now from retailers worldwide, with $699 MSRP.