AOL is preparing the sale of ICQ

More messaging news coming recently…AOL corporation has hired two investment banks to sell its division that deals with the chat service ICQ, said blog All Things Digital. Morgan Stanley and Allen & Co. will have the task of ensuring maximum revenue for AOL. ICQ is now the subject of interest by two large companies outside the United States.

AOL company acquired the ICQ software 11 years ago for the sum of 287 million dollars,  It was part of an Tel Aviv, Israel, start-up called Mirabilis. Now AOL  estimated $ 300 million for ICQ service.

ICQ monthly audience estimated at 40-50 million active users. Most of them are in Germany, Russia, Israel, Ukraine, Bulgaria and other small countries. Next month, AOL will be split with Time Warner. The company is a way ahead of its restructuring to reduce costs, including redundancies of  large part of the staff. According to information at the time, AOL will release 2500 employees. It is also expected to sell the company and social network Bebo, bought last year for 850 million dollars.

After last week refresh with two new special editions, today Razer's  Naga MMO gaming mouse gets another "elite" teammate called Razer Naga Epic, which feature a dual mode, allowing you to use it wired or wireless and interchangeable side panels to provide an optimal fit for various hand...

Memory Stick new High Speed model ideal upgrade for high performance digital cameras and HD camcorders As the world moves on, files get bigger. From high-megapixel compact cameras to the latest Sony α Digital SLR with its 5 frames per second continuous shooting capability, the pressure is on... 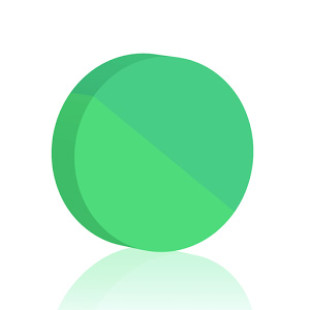 This rarely happens but after looking for new apps on Google Play for some time, we stumbles across an app called Orbits so we decided to download it and say a few words about it. What was our surprise when we saw that Orbits is a game that resembles Running Circles a lot! Well, it seems this...