Belkin Home Base – Print, Share, and Back Up Files Wirelessly

Belkin Home Base lets anyone within an existing wireless network print to a single, shared printer from anywhere in the home. Attach an external hard drive to one of Home Base’s four USB ports to save and share music, pictures, and videos with your family.

Home Base will automatically back up each connected computer’s files periodically to a connected external hard drive, so you don’t have to worry about sudden data loss. With the automatic sharing feature, Home Base can automatically upload your new photos to a Flickr or Picasa account. With popular gaming consoles like PS3™ or Xbox 360®, Home Base lets you wirelessly access media files stored on an attached hard drive. 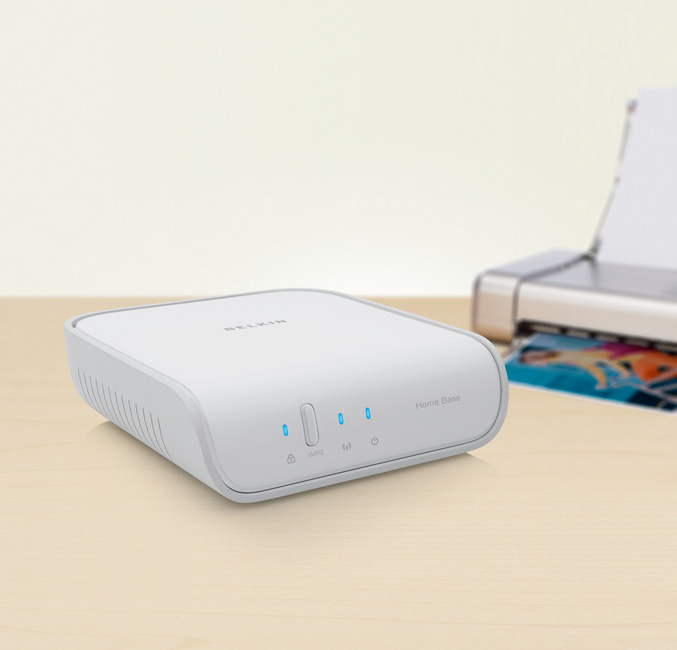