On 20th April from its annual All Hands Meeting in Seattle, the Bluetooth Special Interest Group (SIG) unveiled more information about its forthcoming Bluetooth Core Specification Version 4.0, with the hallmark feature of low energy technology. Bluetooth v4.0, expected to be brought to market by the end of Q2, will feature a powerful low energy mode designed to enable expansion of the technology in m-health, sports and fitness, security and home entertainment scenarios where button-cell battery devices proliferate.

“Bluetooth v4.0 throws open the doors to a host of new markets for Bluetooth manufacturers and products such as watches, remote controls, and a variety of medical and in-home sensors. Many of these products run on button-cell batteries that must last for years versus hours and will also benefit from the longer range enabled by this new version of the Bluetooth specification,“ said Michael Foley, Ph.D., executive director of the Bluetooth SIG. 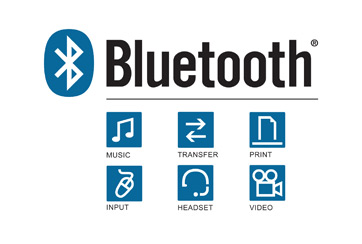 As with previous versions of the specification, the range of the Bluetooth v4.0 radio may be optimized according to application. The majority of Bluetooth devices on the market today include the basic 30 foot, or 10 meter, range of the Classic Bluetooth radio, but there is no limit imposed by the Specification. With Bluetooth v4.0, manufacturers may choose to optimize range to 200 feet and beyond, particularly for in-home sensor applications where longer range is a necessity.

Bluetooth v4.0 was recently named one of the “10 Mobile Technologies to Watch in 2010 and 2011” by Gartner, Inc. Technologies chosen for the list were selected on their potential to evolve and impact short-term mobile strategies and policies. Specifically, Bluetooth v4.0 is cited to have significant impact on the fitness, healthcare and environmental control industries.