Dell has spilled the beans on an upcoming laptop, the Inspiron 1545, by releasing the model’s support docs on its website. The Inspiron will feature a 15.6-inch screen in a WXGA widescreen resolution. System options will include a Core 2 Duo processor running at up to 2.53GHz and memory configurations as high as 4GB. If you’re looking to save money, Dell will build the system for you with specs down to a 2GHz Celeron and 1GB of memory. The one big detractor from the system is its reliance on an integrated Intel graphics chipset instead of an ATI or Nvidia offering, but that might not be an issue for you if you’re not interested in a lot of 3D- or video-heavy tasks. There’s an option for a Blu-ray drive, but that seems like a waste on a system with a sub-1080p screen and no HDMI output. 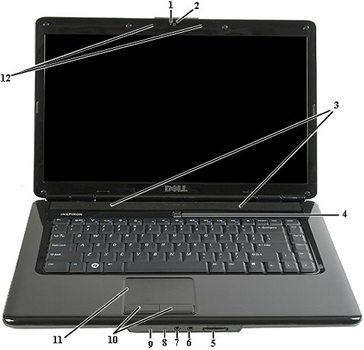 The 1545 looks like a good, mid-range laptop if you’re interested in a system more capable (not to mention with an easier-to-read screen) than a netbook but don’t want to spring for a high-end gamer’s laptop or one with a giant, unwieldy screen. There’s no info available yet on prices for the model’s various configurations, but the posting of support docs suggests that Dell isn’t far away from beginning sales.