ADATA announced that is teams up with the NBA for a series of USB flash drives, which are shaped and colored in seven different team jerseys. 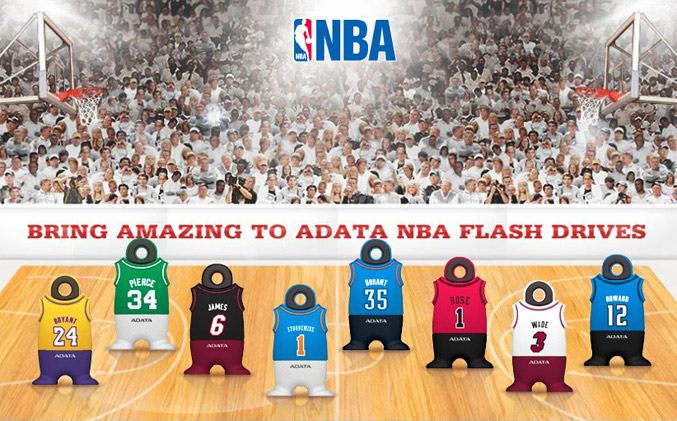 The drives are waterproof and shock-resistant, have measure of  2.2 x 1.4 x 0.4 inches, weight 0.4 ounces and utilize a USB 2.0 interface. The NBA player identified USB flash drives are available only in 4GB capacity.