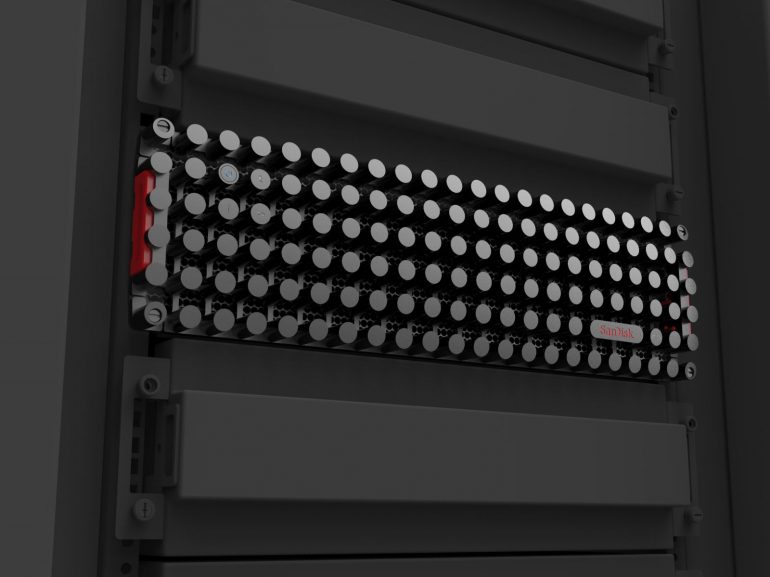 The US maker of various memory solutions SanDisk has surprised its customers with a new all-flash based storage system called InfiniFlash.

As it usually happens the name of a product says a lot about it and the InfiniFlash brand name is not far from this statement as well. The array is made of a bunch of flash memory modules in a 3U form factor and targets corporate and hypergiant applications. InfiniFlash offers the massive capacity of 512 TB (yes, you read that right – 512 TB) and is said to be four times more reliable than regular hard drive arrays while offering higher performance. In addition the cost per 1 GB is less than USD 1.

The InfiniFlash array consists of 64 flash memory modules, each one of them having 8 TB of capacity. The modules support hot swap and reach 780 000 IOPS. While working a module needs 750 watts of power and while idling it requires only 250 watts.

Obviously you won’t be able to put the InfiniFlash in your house due to cost and power consumption but just imagine the speed and capacity you would have in case you could own this array.