Intel Corporation announced the launch of a new mobile dual-core Atom processor – model N550, which have an improved support for gaming and multimedia.

The new processor works at 1.5 GHz, have 1MB Cache, 64-bit instruction set, TDP 8.5W,  support DDR3 memory and have similar battery life as the single-core Intel Atom processor N450. Intel also announced that netbooks based on the new Atom N550 will be launched by Acer, ASUS, Fujitsu, Lenovo, LG, Samsung, MSI, and Toshiba by the end of 2010.

“In their short history, the netbook category has experienced impressive growth,” said Erik Reid, director of marketing for mobile platforms at Intel. “Having shipped about 70 million Intel Atom chips for netbooks since our launch of the category in 2008, there is obviously a great market for these devices around the world.”

Logic Instrument has just introduced the FieldBook, a ruggedized highly configurable, full Windows handheld computer. It is available in 15 different configurations of I/O ports and expansion slots, making it easy to tailor for any application. Designed for demanding applications, the fully... 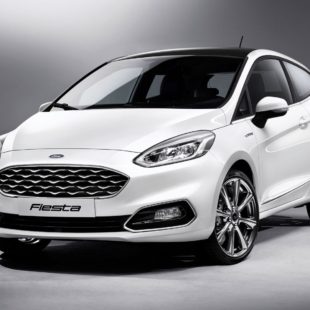 Testing Out The 2017 Fiesta

What a cool little car! I took a test drive in the 2017 Ford Fiesta at Gateway Ford and I was truly impressed. It’s small, no doubt, but the old adage “Good things come in small packages” really fits the Ford Fiesta. It’s a fun car that is powered by a standard 1.6-liter four-cylinder engine...

Google announced today that it is extending the invitations to the general public for the new App Inventor tool, which can be used by everyone, programmers or non-programmers, to develop mobile applications for mobile devices, or devices powered by the Android OS. Google stated, that in the...