Intel Corporation culminated the transition to the company’s award-winning “Nehalem” chip design with the launch of the Intel® Xeon® 7500 processor series. In less than 90 days, Intel has introduced all-new 2010 PC, laptop and server processors that increase energy efficiency and computing speed and include a multitude of new features that make computers more intelligent, flexible and reliable.

Expandable to include from two to 256 chips per server, the new Intel Xeon processors have an average performance three times that of Intel’s existing Xeon 7400 series on common, leading enterprise benchmarks, and come equipped with more than 20 new reliability features.

Twenty Old Servers – To One New One

The combined scalable performance, advanced reliability and total cost of ownership advantages of the Xeon 7500 series will further accelerate the shift from proprietary systems to industry-standard Intel processor-based servers. These new capabilities enable IT managers to consolidate up to 20 older single-core, 4-chip servers onto a single server using Intel Xeon 7500 series processors while maintaining the same level of performance. In doing so, they could also see up to a 92 percent estimated reduction in energy costs and a return on their investment estimated within 1 year due to reductions in power, cooling and licensing costs. 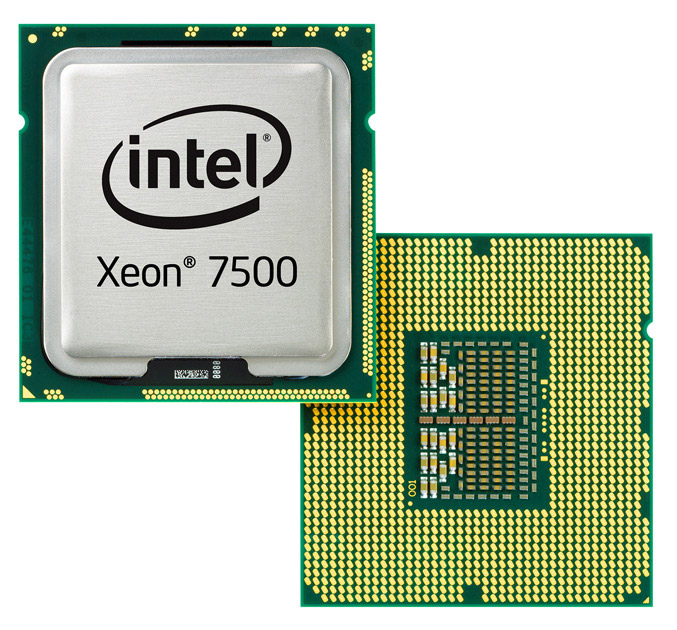 “The Xeon 7500 brings mission critical capabilities to the mainstream by delivering the most significant leap in performance, scalability and reliability ever seen from Intel,” said Kirk Skaugen, vice president of the Intel architecture group and general manager of Intel’s data center group. “This combination will help users push to new levels of productivity, and accelerate the industry’s migration away from proprietary architectures. We are democratizing high-end computing.”

New Standards in Reliability and Scalability

Mission-critical workloads run by customers that simply cannot afford unscheduled downtime such as hospitals or stock exchanges can take advantage of more than 20 new features that deliver a leap forward in reliability, availability and serviceability (RAS). These reliability capabilities are designed to improve the protection of data integrity, increase availability and minimize planned downtime. 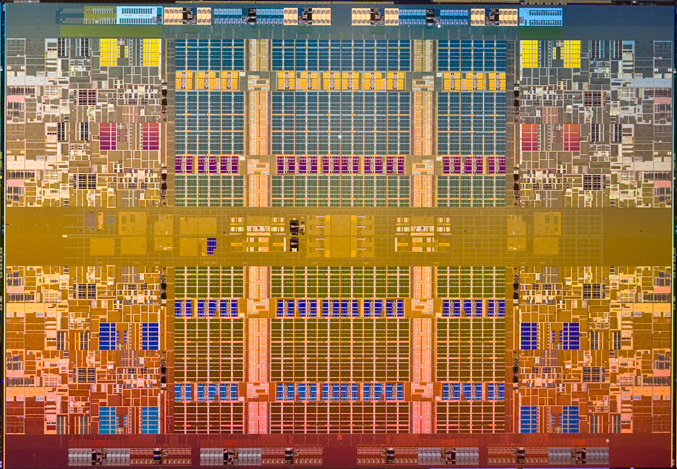 For example, this is the first Xeon processor to possess Machine Check Architecture (MCA) Recovery, a feature that allows the silicon to work with the operating system and virtual machine manager to recover from otherwise fatal system errors, a mechanism until now found only in the company’s Intel® Itanium® processor family and RISC processors.

The Intel Xeon processor 7500 series offers unique scalability through modular building blocks enabled by Intel® QuickPath Technology (QPI) interconnect. With QPI, cost-effective and highly scalable eight-processor servers that don’t require specialized third-party node controller chips to “glue” the system together can be built. Intel is also working with system vendors to deliver “ultra-scale” systems with 16 processors for the enterprise, and up to 256 processors and support for 16 terabytes (one terabyte is equal to 1,000 gigabytes) of memory for high- performance computing “super nodes” running bandwidth-demanding applications such as financial analysis, numerical weather predictions and genome sequencing.

The Intel Xeon processor 7500 series represents the largest performance leap in Xeon family history, with the chip being an average three times faster across a range of benchmarks, setting over 20 new world records including stellar results from Cisco*, Dell*, Fujitsu*, IBM*, NEC* and SGI*.

For detailed performance results and more information about all the world record claims see the accompanying performance fact sheet and visit www.intel.com/performance/server/xeon_mp/summary.htm

The Intel Xeon processor 7500 series meets the growing trend of IT organizations virtualizing large mission-critical workloads for applications such as Enterprise Resource Planning. With up to eight times the memory bandwidth of the Intel Xeon processor 7400 series and four times the memory capacity with 16 memory slots per processor, the Xeon 7500 series can support one terabyte (or 1,000 gigabytes) of memory in a four-socket platform. Intel Virtualization Technologies, which include new I/O virtualization capabilities and Intel® Virtualization Technology (VT) FlexMigration, enables live VM migration across all Intel® Core™ microarchitecture-based platforms to ensure investment protection for administrators seeking to use pools of virtualized systems to facilitate failover, disaster recovery, load balancing and optimal server maintenance and downtime.

The Intel Xeon processor 7500 series supports up to eight integrated cores and 16 threads, and can scale up to 32 cores and 64 threads per 4-chip platform or 64 cores and 128 threads per 8-chip platform, and is available with frequencies up to 2.66 GHz, and 24 MB of Intel® Smart Cache memory, four Intel QPI links and Intel Turbo Boost technology. Thermal Design Point (TDP) power levels range from 95 watts to 130 watts.

The innovative modular scaling of the Xeon® 7500 processor works with the Intel 7500 Chipset and Intel 7500 Scalable Memory Buffers to enable unique OEM system designs and brings a wide range of socket, memory and I/O, form factor, and reliability feature sets never before available to the mainstream server market. Enterprise software vendors expected to support the high-end features of Intel Xeon processor 7500-based platforms, include Citrix*, IBM*, Microsoft*, Novell*, Oracle*, Red Hat*, SAP AG* and VMware*. System vendors are lining up to take advantage of the high-end Intel Xeon processor 7500 series capabilities and deliver highly innovative solutions at much lower costs than older proprietary solutions. With more than double the amount of designs versus the previous generation Intel Xeon processor 7400 series, system manufacturers were expected to announce systems based on the Intel Xeon processor 7500/6500 processor starting today.