Intel Corporation today introduced the Itanium® processor 9300 series, previously codenamed “Tukwila,” which delivers more than double the performance of its predecessor, boosts scalability and adds reliability features to the Itanium platform that is already running mission-critical applications for 80 percent of the Global 100 corporations.

With the Gartner Group predicting a 650 percent growth in IT data over the next 5 years, businesses need increasingly powerful and scalable enterprise servers. The two-billion transistor Itanium processor 9300 series meets this need head on with twice as many cores as its predecessor (four versus two), eight threads per processor (through enhanced Intel® Hyper-Threading Technology), more cache, up to 800 percent the interconnect bandwidth, up to 500 percent the memory bandwidth, and up to 700 percent the memory capacity using-industry standard DDR3 components. 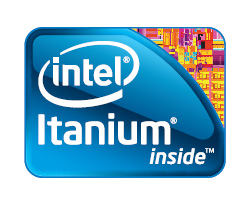 Critical corporate workloads also demand high-availability features across all platform components. The Itanium processor 9300 series adds to the architecture’s world-class resiliency with new reliability, availability, and serviceability (RAS) features that extend across the processor, its Intel® QuickPath Interconnect technology, and the memory subsystem.

Built for the future of mission-critical computing

“Intel is committed to delivering a new era of mission-critical computing, and we are delighted 80 percent of Global 100 companies have chosen Itanium®-based servers for their most demanding workloads,” said Kirk Skaugen, vice president Intel Architecture Group and general manager Data Center Group. “Intel is continuing to drive the economics of Moore’s Law into mission-critical computing with today’s Itanium 9300 processor announcement, more than doubling performance for our customers once again.”

CNAF, the French Family Allowance Service with 30 million beneficiaries, has chosen to adopt Bull’s latest NovaScale GCOS Itanium-based servers. Gérard Russeil, CNAF chief information officer, said, “The Bull Itanium-based systems have consistently provided the reliability and availability that our mission-critical workload demands. Our testing shows that the Itanium 9300 processor’s additional throughput and performance will enable us to consolidate multiple data centers into one.”

Mission-critical computing for the next decade

OEM systems based on the Intel Itanium processor 9300 series will be binary-compatible with existing software and can provide major performance improvements without the need for additional software optimization.

“Poulson,” codename for the next Itanium processor, will add an advanced multi-core architecture, instruction-level and hyper-threading enhancements, new reliability features and more.

Future Intel Itanium processors in development today are being designed for socket and binary compatibility with Intel Itanium 9300 processor-based systems and software. They are designed to scale in performance and capacity through component upgrades, without software recompilation, so customers can continue to expand and adapt their mission-critical computing systems.

An enhanced form of Demand-Based Switching (DBS) lowers power consumption when utilization is low. Intel® Turbo Boost Technology automatically senses and adapts to provide the right performance boost when needed, and to conserve power when it is not. The Intel Itanium processor 9300 series ranges in price from $946 to $3,838 in quantities of 1,000. OEM systems are expected to ship within 90 days. 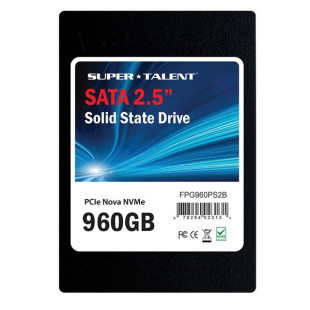 The US maker of memory products Super Talent has announced the new Nova family of solid-state drives. The catch here is that you likely won’t be able to use one of these drives in your home computer because they have been designed for servers and workstations. The Nova SSDs all employ U.2...

The Japanese photography giant Fujifilm has unveiled the FinePix F800EXR – a new compact digital camera that should help the company compete better on the market. On the outside the novelty looks like most other compact cameras but in reality it packs a number of innovative and useful...

Maybe due to Black Friday or the upcoming holiday season AMD has cut the prices of all Radeon video cards that it has on the market now. This is the first serious price cut since the introduction of the Radeon 300 Series and the Radeon Fury generation this past summer and as with any other price...