Iomega on Tuesday announced two new models to its range of eGo Portable Hard Drives, including the ultra-secure Encrypt with hardware-based encryption for double data protection, and super rugged BlackBelt with Drop Guard Xtreme data protection.
The eGo Encrypt uses the advanced 128-bit Advanced Encryption Standard (AES) to protect its 320GB of content from unauthorized access. The full-disc hardware encryption requires a password anytime the external hard disk is connected to a PC. When users disconnect the drive from a PC, it will automatically lock and prompt users for the password again. Encryption software is pre-loaded onto the drive.

The rugged black-on-black eGo BlackBelt drive sports a 250GB capacity from its 2.5-inch HDD and, apart from its smaller capacity, unique black-on-black finish, OS support and lack of 128-bit AES encryption, is identical to the eGo Encrypt.

The eGo Encrypt portable hard drive is compatible with Windows 2000, XP and Vista, while the BlackBelt adds Mac OS X 10.1 or newer support. Both are available in North America now, with the BlackBelt priced at $120 and Encrypt costing $150. 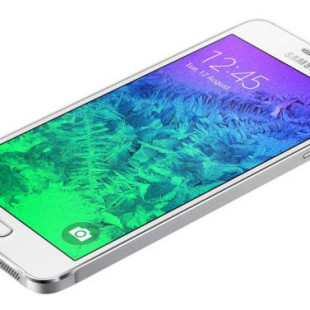 Samsung is one of the leaders on the smartphone market and regularly makes tons of money just there but this does not mean the company is problem free. We’ll list just two of them – the company has a really large number of smartphones with confusing names on the market and has just suffered a 74...

Sharp latest Blu-ray and hard drive combo - BD-HDS43 comes with single Digital and Analog TV tuner and 320GB HDD. First it will be released in Japan this month for the price around $950. Source: AkihabaraNews

NEC Display Solutions of America, a leading provider of commercial LCD display and projector solutions, announced today the addition of a new commercial-grade product line, the E Series. Debuting for this entry-level series are the 32-inch E321 and 42-inch E421, which give corporate users an...