Less than three months after unveiling its free, fast and easy video-calling software – Logitech Vid™ – Logitech  announced its one millionth registered customer account. Vid dramatically simplifies video calling by offering a streamlined setup and a simple, intuitive interface. In fact, you can set up Vid in fewer than half the steps required by the major instant-messaging programs.

Continuing in the company’s mission to help you and your loved ones connect face-to-face, Logitech Vid is the latest in a series of Logitech innovations for video calling, including 720p HD local video-capture and Carl Zeiss optics – all available with the Logitech® Webcam Pro 9000. 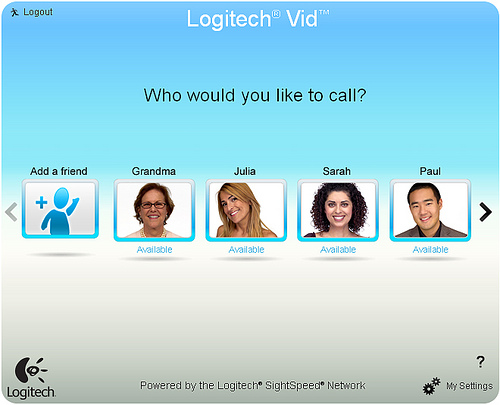 “One million registered customer accounts is a tremendous accomplishment, making it clear just how appealing video calling can be when it’s simplified,” said Scott Lomond, vice president of Logitech’s video conferencing services. “With people downloading Vid from every corner of the globe – many of whom were formerly frustrated by the complexities of video calling software – Logitech Vid is delivering on the promise of video calling.”

Powered by the Logitech SightSpeed network, Vid is a reliable source for high-quality video calling and is compatible with PC and Mac® computers, as well as stand-alone and embeddedwebcams. Vid is available for download at www.logitech.com/Vid.