When you spend hours in front of your computer, a comfortable mouse and keyboard should be right on top of your checklist and that’s exactly the crowd that Logitech is targeting with their Cordless Desktop Wave Pro. 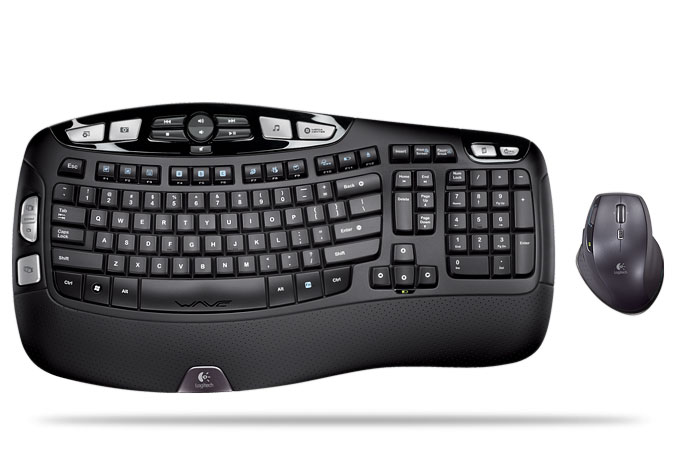 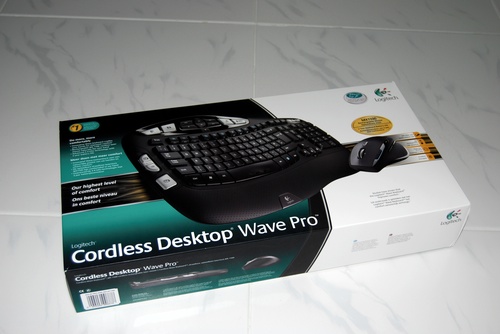 The keyboard/mouse combo comes nicely packaged with a 2.4GHz USB receiver and a drivers CD for XP/Vista. The included keyboard is the second generation of the Desktop Wave Pro while the included mouse is the rechargeable MX1100. 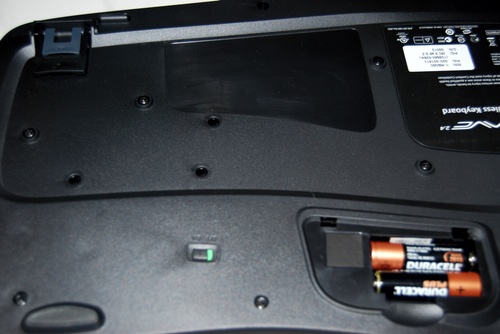 Both of them use AA sized batteries and while the MX1100 comes with a rechargeable one that gets its juice from a standard USB connector, the Wave operates on two standard AA batteries and supposedly provides a battery life of upto  three years- something we couldn’t test for obvious reasons.  An On/Off switch is present on both the Keyboard and the Mouse that can be used if you don’t plan un using either of them for a long time to elongate battery life 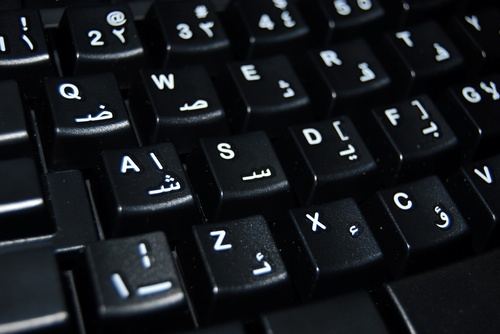 What is unique to the Wave is the shape of each key. Instead of the traditional almost flat keys found in many keyboards (including the Apple keyboard I’m currently using), the keys are slightly U shaped so your finger feels a bit more rested on each key.

Add to that the leather-feel cushioned palm rest and you definitely have a very comfortable base to rest your palms on. I also like the fact that the keyboard has two levels of tilt using the feet on the back side. All of these put together will allow you to get that optimal position for working.

Besides the standard Windows keys, the Wave features multimedia buttons such as play/pause, skipping and volume buttons on the top. A Windows Media player as well as a Media Center button is also present for launching the MCE application.

Personally, I think that the Wave is too big for an MCE keyboard and something like the DiNuvo is more suited for such a purpose. The left side of the keyboard has additional buttons for switching windows and zooming while the right side provides quick access to power and calculator.

While I don’t doubt Logitech and I’m sure that they’ve spent plenty of money into R&D for this, I did not feel the Wave any more comfortable to type on than my Apple Keyboard during my one week of usage. That’s not to say that the keyboard was uncomfortable- far from it, but there was nothing that made me go wow.

One criticism I do have is that I found the keyboard to be a bit too noisy for my liking- especially tapping the space bar. Lets just say that it would be hard for me to fall asleep if someone was typing on this keyboard in the same room.

Coming to the MX1100, its very much like the new Logitech Mice we’ve seen of late although a bit too wide for my linking. Below is a picture comparing it to the MX 620 from Logitech on the left and the Microsoft BlueTrack on the right. While the MX1100 is not as fat the BlueTrack, I prefer the 620. Also noteworthy is that the MX1100 is strictly for right-handed people. 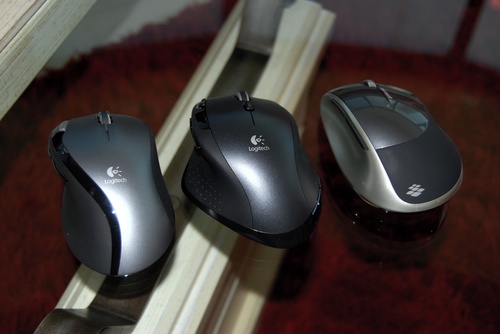 While I can criticize the design, functionality wise, the MX1100 is as good as it gets. It has the usual five buttons, two on top and two on the sides along with the clickable Scrolling Wheel which can be switched between the “free-flowing” or the click scrolling modes. There are two additional buttons below the left-click for selecting the DPI- great for quickly switching between games or desktop usage. 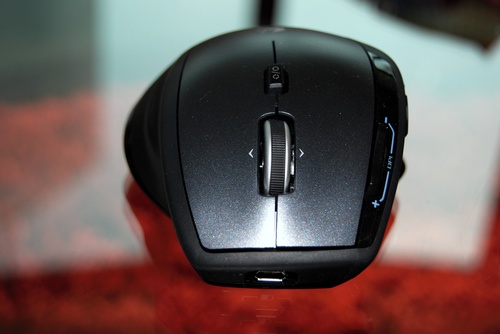 The tracking for the Mouse is as good as any Logitech Mouse of date however, not as good as the BlueTrack technology from Microsoft which was evident when I tried using the MX1100 on a thick carpet. What I really like is the idea of the Mouse recharging using a standard Mini USB cable so even when you’re running out of juice, you can simply use it as a “plugged” mouse and continue your World of Warcraft session uninterrupted. 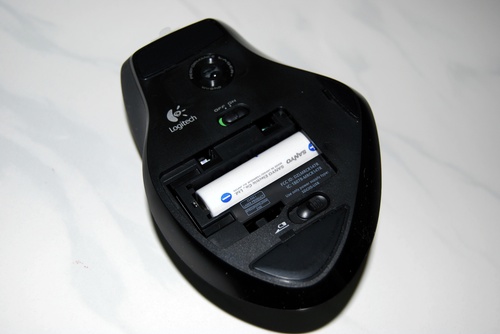 The software bundled with the combo is your standard Logitech SitePoint which allows you to adjust multiple settings on the mouse as well as customize many of the buttons on the mouse or keyboard. You don’t have to use the software for standard usage but if you need to make use of the extra keys, then software installation is a must. 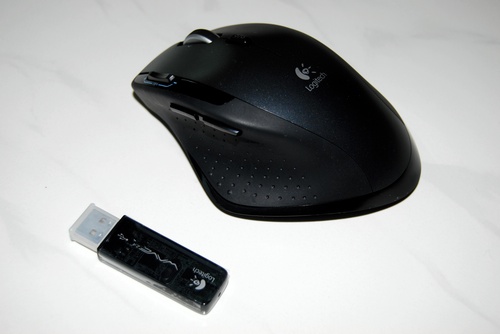 Lastly, the receiver basically plugs into your USB port and as I mentioned earlier, worked well in my Media Center PC meaning I was about ten feet away from it with no disruptions. Available for AED 599, the Wave Pro is a decent package from Logitech- though not their best. If you’re interested in the MX1100, it can be separately bought for AED 299.