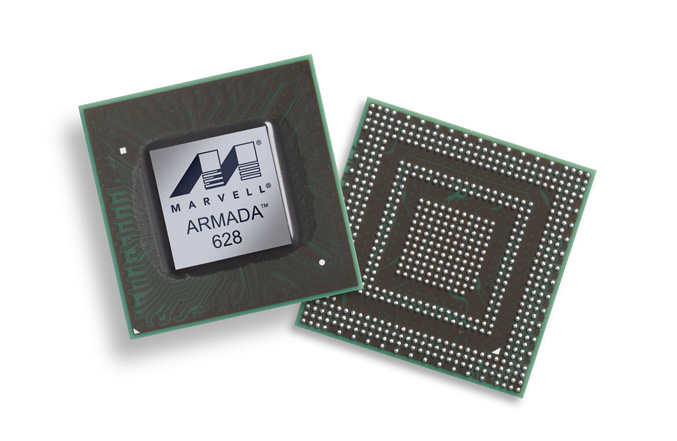 The ARMADA 628 tri-core processor  is currently available for sampling to customers.