In a significant development in the convergence of communications and computing, Intel Corporation and Nokia are merging their popular Moblin and Maemo software platforms. This will create a unified Linux-based platform that will run on multiple hardware platforms across a wide range of computing devices, including pocketable mobile computers, netbooks, tablets, mediaphones, connected TVs and in-vehicle infotainment systems. Called MeeGo, the open software platform will accelerate industry innovation and time-to-market for a wealth of new Internet-based applications and services and exciting user experiences. MeeGo-based devices from Nokia and other manufacturers are expected to be launched later this year.

This announcement strengthens the Nokia and Intel relationship, and builds on the companies’ broad strategic collaboration announced in June 2009. Intel and Nokia now invite participation in MeeGo from existing Maemo and Moblin global communities and across the communications and computing industries.

“Our vision for seamlessly communicating between computing devices from the home, auto, office or your pocket is taking a big step forward today with the introduction of MeeGo,” said Intel President and CEO Paul Otellini. “This is a foundational step in our evolving relationship with Nokia. The merging of these two important assets into an open source platform is critical toward providing a terrific experience across a variety of devices and gaining cross- industry support.”

“MeeGo will drive an even wider range of Internet computing and communication experiences for consumers, on new types of mobile devices,” said Olli-Pekka Kallasvuo, CEO, Nokia. “Through open innovation, MeeGo will create an ecosystem that is second to none, drawing in players from different industries. It will support a range of business models across the value chain, building on the experience and expertise of Nokia, Intel and all those who will join us. Simply put, MeeGo heralds a new era of mobile computing.”

MeeGo blends the best of Maemo with the best of Moblin to create an open platform for multiple processor architectures. MeeGo builds on the capabilities of the Moblin core OS and its support for a wide range of device types and reference user experiences, combined with the momentum of Maemo in the mobile industry and the broadly adopted Qt application and UI framework for software developers.

MeeGo also unites the robust worldwide Maemo and Moblin applications ecosystems and open source communities. For developers, MeeGo extends the range of target device segments for their applications. Using Qt for application development means that they can write applications once and easily deploy them on MeeGo and across other platforms, for example, on Symbian.

The Ovi Store will be the channel to market for apps and content for all Nokia devices, including MeeGo and Symbian-based, with Forum Nokia providing developer support across all Nokia device platforms. The Intel AppUpSM Center will be the path to market for Intel-based MeeGo devices from other device manufacturers, with the Intel® Atom(TM) Developer Program providing support for applications targeting devices in a variety of categories.

The MeeGo software platform, running on high-performance devices, will deliver a range of Internet, computing and communication experiences, with visually rich graphics, multitasking and multimedia capabilities and the best application performance. Since MeeGo runs on multiple device types, people can keep their favorite applications when they change devices, so they are not locked into one kind of device or those from any individual manufacturer.

MeeGo Hosted by the Linux Foundation

The MeeGo software platform will be hosted by the Linux Foundation as a fully open source project, encouraging community participation in line with the best practices of the open source development model. Intel and Nokia invite the respective members of Maemo.org and Moblin.org to join the combined community at MeeGo.com, as well as encouraging wider participation from the communications, computing and related industries. Developers can begin writing applications for MeeGo in Qt immediately. The first release of MeeGo is targeted for the second quarter of this year. 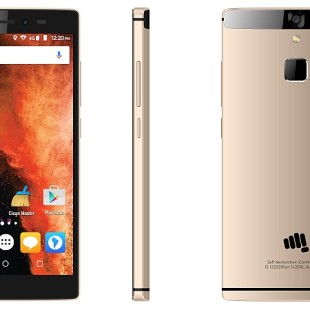 Chinese smartphone makers get more and more market share because in most cases they offer cheap smartphones with great specs. Indian companies, however, want a share too and they are not wasting their time. For instance the Indian smartphone maker Micromax has just announced two new flagship...

Seagate Technology has launched a new breed of ultra thin laptop hard drives under the trade name Laptop Ultrathin. The new drives come in the usual 2.5-inch form factor but are just 5 mm thick and weight 93 grams. Designed for ultrabooks, notebooks and tablets the new hard...

Dell silently has listed the Latitude XT3 Convertible Tablet on its official website, which was announced earlier this year. Offering multiple input option, the XT3 features Tri-metal design and strong magnesium alloy reinforcements behind each corner and a along with spill-resistant...