AOC International has developed a new 22-inch monitor that gets both signal and power from a USB port. The novelty will debut at CES 2012 later this year.

The new monitor is a sleek LED device with full HD support and sports lowered power consumption. AOC claims that its new product, named e2251Fwu, will be affordable and will offer the mass consumer simple plug-and-play connectivity. The new display has been designed for business enterprises, home entertainment and gaming and offers ease of use and vivid bright colors. At the same time anyone who uses a lot of programs will also enjoy the larger 22-inch size. The novelty will arrive in stores sometime in February 2012 and will cost just 199 USD. Anyone going to CES 2012 will be able to see it earlier as the monitor will be featured at the Bellagio, Monet 3 Ballroom from January 10 to January 13, 2012. 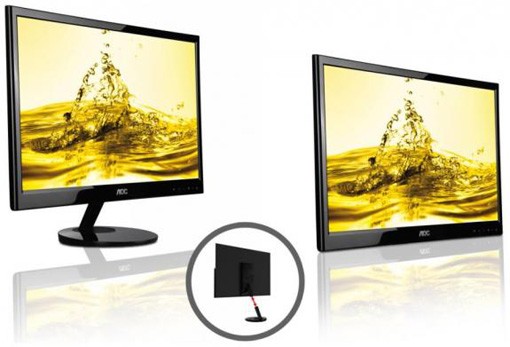 This is not all – the new e2251Fwu monitor is also eco-friendly as it is mercury-free and its packaging is 100% made from recycled materials.

The new device is compatible with all popular operating systems, including Windows XP, Vista, 7, Mac OS and Linux distributions.