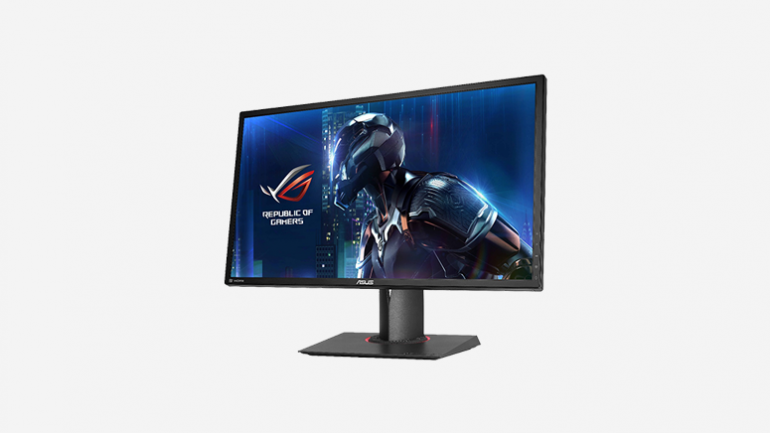 ASUS has released a new Republic of Gamers (ROG) monitor but the device cannot be called exactly new – it was announced and then shown at Computex 2016. The monitor is called ROG Swift PG248Q and judging by this name it comes with a 24-inch display.

The ROG Swift PG248Q offers support for NVIDIA’s G-Sync technology and a refresh rate of 180 Hz, which makes it one of the fastest monitors currently on the market. Unfortunately the monitor’s native refresh rate is 144 Hz, which means that the 180 Hz frequency is achieved under an overclocking mode, which only works when the ROG Swift PG248Q is connected via a DisplayPort connector.

The newest ASUS ROG monitor offers a resolution of 1920 x 1080 pixels, which is common for most 24-inch monitors. The ROG Swift PG248Q, however, is based on TN technology, which some gamers will find not satisfactory. The response time is 1 ms. In addition to this the ASUS ROG Swift PG248Q supports Flicker-free, GamePlus, GameVisual and Ultra-low blue light technologies, which protect your eyes, offer different monitor modes for various applications and games, reduce the emitted blue light and more. The monitor can be used in portrait or landscape modes and at the back it offers two USB 3.0 ports, a single HDMI port and one DisplayPort connector.

The price of the ROG Swift PG248Q in the UK is GBP 399, which we cannot call exactly low.