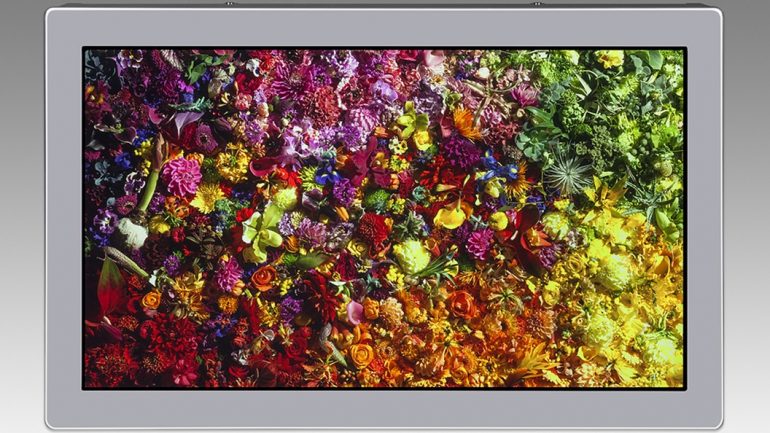 Chances are 4K TV sets and monitors still haven’t made their way into your living room but some people think that 4K is not enough. This is what the folks at Japan Display think, anyway, and the proof is simple – this obviously Japanese company has created the world’s first 8K monitor.

The new device comes with a 17.3-inch display, which makes this information even bigger news. Until now ultra high resolution displays tended to be rather large with Sharp’s first commercially available 8K TV set measuring no less than 85 inches. The still unnamed Japan Display monitor offers a resolution of 7680 x 4320 pixels and when you add the 17.3-inch diagonal you get the stunning 510 pixels per inch (ppi). As a comparison this is 12 per cent less than the 577 ppi you can find on the Samsung’s Galaxy S6 smartphone 5.1-inch 2560 x 1440 pixel display. The rest of the tech specs of Japan Display’s new monitor include 176-degree viewing angles, a 120 Hz refresh rate, 500 cd/m2 of brightness and a 2000:1 contrast ratio.

The display, which has a resolution that is 16 times higher than that of Full HD and 4 times higher than that of 4K, will be presented at the upcoming CEATEC exhibition, which is scheduled for October 7 – October 10 in Japan. Japan Display believes that the new monitor will be used in medical systems, ultra high-end professional systems and over-the-edge gaming computers.

The price of the device is unknown as of now but given the tech specs, expect an outrageous price. Here’s an example – Sharp’s 85-inch 8K TV set will sell for around USD 133 000.